Directed by Thomas Balmes
A delightful and thoroughly appealing documentary that charts the adventures of four babies from the U.S, Japan, Mongolia, and Namibia.

This appealing documentary directed by French filmmaker Thomas Balmes presents the precious moments in the lives of four babies during their first year. There is no narrator, commentary, or words to get in the way of our direct encounter with these infants as they begin their exploration of the world around them. There are some occasional musical interludes by Bruno Coulais. Watching these babies, we are awed at the mystery of life, the wonders of physical development, and the distinctiveness of human personality. This documentary celebrates the babies' playfulness as they move along the path of discovery.

The babies are Mari, a little girl living in Tokyo with her parents; Ponijao, a daughter in Namibia, Africa, residing with her mother and eight older brothers and sisters; Hattie, who lives with her eco-conscious parents in San Francisco; and Bayarjargal (Bayer), the second son of a couple living in a yurt in Mongolia. As is to be expected the experiences of the two babies from San Francisco and Tokyo are quite different from the two in Africa and Mongolia, yet there are many first things they share in common.

Be sure to savor the following scenes which say a lot about the diversity of infant personality: Mari getting frustrated while playing with toys designed to teach spatial learning; Hattie listening to books being read to her; Bayer sitting with goats or wandering around outside among the cows; and Ponijao drinking water out of a dirty stream, having her tongue licked by a dog, or probing her body with great curiosity. Babies also reveals the nurturing powers of parents and the abiding love and patience they have for these little ones as they advance from birth to taking their first steps. 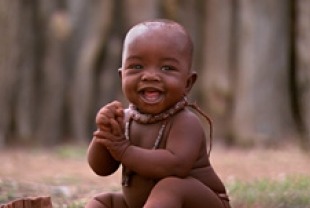 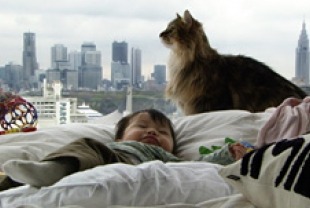 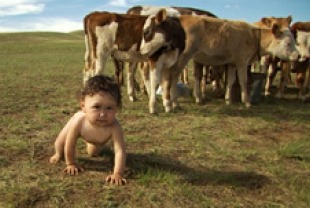 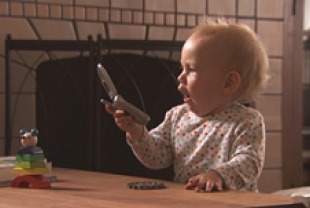 PG - cultural and maternal nudity throughout