Directed by Jay Duplass, Mark Duplass
A darkly comic drama that honors the mysteries surrounding human nature, the complexity of intimate relationships, and the bounties of friendship.

John (John C. Reilly) is a freelance editor who has been down in the dumps since his divorce from Jamie (Catherine Keener). They remain best friends, and she is very worried about his habit of isolating himself from others. Jamie is engaged to Tim (Matt Walsh) and together they decide that John should get out to a party.

As the evening progresses, John finds out just how out-of-date he is in talking with women. He does manage to get those attending the party to join him in a raucous dance but, all in all, he is quite depressed with his future prospects in the dating game. Then Molly (Marisa Tomei) introduces herself to him at a most inauspicious moment. She is a pretty and sensitive woman, and he feels blessed when they have sex that evening. Their romantic involvement proceeds, and they seem to be overcoming all those awkward moments that serve as roadblocks to taking the relationship to another level.

Everything is humming along until John follows Molly home one day and meets Cyrus (Jonah Hill), her 21-year-old son who lives with her. Although this aspiring New Age musician tries very hard to be cordial, John doesn't trust him. There is something creepy about Cyrus's dependency upon Molly and her catering to all of his needs. For instance, the way he goes into the bathroom when she's taking a shower and how she takes care of him when he suffers from "panic attacks" in the middle of the night. And then there is the mystery of John's disappearing running shoes.

John desperately seeks out Jamie's counsel about what he should do. Is he reading these people right? John eventually moves in with Molly and Cyrus and there are more epiphanies about the strange mother-son relationship. Can the deep love he feels for Molly survive the increasing competition with Cyrus for her attention and affection?

Cyrus is a darkly comic drama written and directed by Jay and Mark Duplass. It honors the mysteries surrounding human nature, the complexity of intimate relationships, and the bounties of friendship. Just like John, we feel off-balance and not quite sure what to make of Cyrus and Molly who have worked out a mutually satisfying way of warding off loneliness and fear. The one quality that works in John's favor is his patience in the face of weirdness. That also goes for his ex-wife who takes the time to help him make it through his own dark night of the soul. There are no villains here; just four quirky characters who draw out our empathy with their vulnerabilities and their yearning for love. 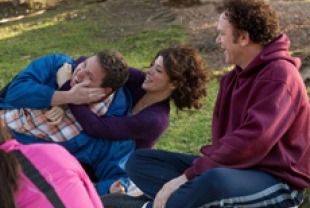 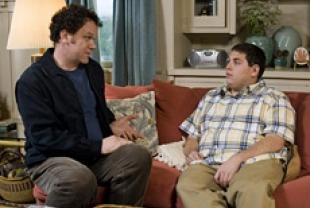