Directed by Phillip Noyce
An impressive action-thriller that pulls out all the stops.

CIA agent Evelyn Salt (Angelina Jolie) is rescued from being tortured by North Koreans just in the nick of time when Mike Krause (August Dehl) arranges a prisoner swap. A few years later, they have married and are living in Washington, D.C., where he pursues his professional study of spiders. When Orlov (Daniel Olbrychski) shows up at the CIA as a defector, he reveals a complicated scheme whereby a large number of spies have infiltrated American society; as children they were trained and brainwashed by the Russians. He claims many of them are now in high places in the government and are prepared to assassinate important international figures. As Salt is walking out of the interrogation room, Orlov names her as one of the spies.

Her co-worker Ted Winter (Liev Schreiber) is taken aback but FBI agent Peabody (Chiwetel Ejiofor) wants to have her arrested and interrogated. Salt proves to be a highly imaginative agent as she escapes the building filled with electronic security devices. At one point, she even constructs a weapon out of a table leg and a fire extinguisher. Salt is a do-it-yourself renegade agent!

Fearful that her husband may be taken, Salt heads home but not before a series of daring leaps from the top of one speeding truck to another on the freeway as the CIA functionaries chase her. She even manages to find a home for her cute little dog before once again eluding those trying to stop her. Where does her allegiance lie? With the Russians? With the Americans? With her endangered husband? That question is relevant when the Russian president (Olek Krupa) arrives in New York to attend the funeral of the Vice President of the United States. It also has great bearing on a get-together with Orlov and his well-trained henchmen who have hatched a bold plan to assassinate the U.S. President and send nuclear bombs reigning down on the Middle East.

Director Phillip Noyce (Clear and Present Danger) keeps the action moving in this thriller filled with chases, car crashes, and bone-crunching fights. We can still remember the power and the poignancy of his serious films Rabbit-Proof Fence and The Quiet American. But it is getting harder and harder for such subtle, sensitive, and sophisticated fare to find the light of day in today's film market, and we are glad he has not let his talent lay fallow. Hats off to Noyce for his directing and to Angelina Jolie for her intense performance as the mysterious Salt. 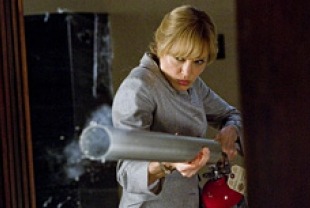 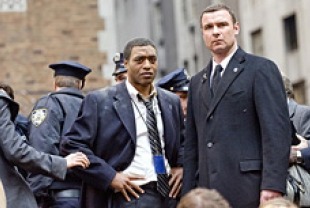 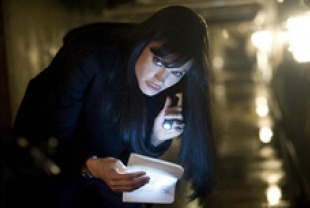