People really want to believe in miracles. They devour newspaper reports of odd signs in the sky, miraculous cures, or supernatural phenomena like weeping statues. Many faithful souls are convinced that such sites are God-filled. Jesus, of course, proclaimed that the kingdom of the Holy One is all around us; we just don't always recognize it.

Agnieszka Holland's The Third Miracle is an absorbing religious drama written by John Romano based on the novel by Richard Vetere. It deals with the complex subject of miracles and also delves into questions about the meaning of Christian faith, the value of saints, and the authority of Rome in the Catholic Church.

Father Frank Shore (Ed Harris) is a professional postulator — a church official who investigates reported miracles. He is summoned by Bishop Cahill (Charles Haid) to look into the strange happenings in St. Stanislaus, a Chicago parish where a statue is weeping and a group is clamoring for Rome to consider sainthood for the late Helen O'Regan, an Austrian immigrant who is said to have performed miracles. He is assisted by Brother Gregory (James Gallanders), his partner from a previous troubling case that earned him the epithet "the Miracle Killer."

Father Shore meets Helen's atheist daughter Roxanna (Anne Heche). She brings to the fore doubts he has had about his calling and his faith. Despite all of his mixed feelings about miracles, he wants to recommend Helen O'Regan as "a saint of the people who live in the ordinary world." But he is opposed in a tribunal conducting a hearing on the matter by the authoritative Archbishop Werner (Armin Mueller-Stahl). Various secrets come to the surface that are challenging to both of these priests.

The message of this religious film is that more miracles abound in life than can ever be explained. And most of them have nothing to do with statues that weep tears of blood. 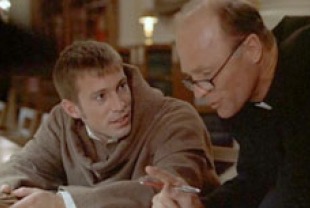 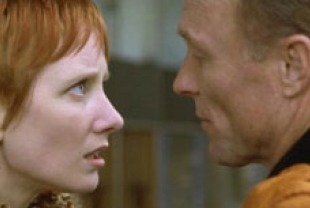 R - some language, sex-related and violent images, and brief drug use