Phil Ochs: There But For Fortune

Directed by Ken Bowser
A top-drawer documentary about the gifted and prolific protest singer and songwriter Phil Ochs who marched to a different drummer during the 1960s.

Phil Ochs (1940 - 1976) was a gifted and prolific folk music singer and songwriter who marched to a different drummer. In this top-drawer documentary by Ken Bowser, we see him as a young and eager performer in Greenwich Village bringing a fresh sound to the scene along with protest songs that focused on the social problems of the day. In the spirit of one of his mentors, Pete Seeger, he was not afraid to speak truth to power during the 1960s in anti-war ballads such as "Draft Dodger Rag," "I Ain't Marchin' Anymore," and "The War Is Over." Ochs was buoyed by the surge of idealism afoot in the country, and he definitely believed that he had a major role to play in the counterculture revolution.

But as Bowser shows, this artist was badly shaken by the violence and hatred that surfaced in 1968 with the assassinations of Martin Luther King, Jr., and Bobby Kennedy, and violence at the the Democratic National Convention in Chicago. The cover of his 1969 album Rehearsals for Retirement contained a picture of his face with the words "Died in Chicago, Illinois, 1968." Ochs seemed to lose direction. Many of his loyal fans were deeply disappointed by his Carnegie Hall performance in 1970 where he appeared in a gold lame suit and said, "If there's any hope for a revolution in America, it lies in getting Elvis Presley to become Che Guevara."

Ochs's vocal chords were affected adversely after he was assaulted in Africa in 1973. Afterwards, his mental health deteriorated due to depression and addiction to alcohol. He committed suicide in 1976 at the age of 35. During his brief career, Ochs released seven albums and wrote hundreds of songs.

Kenneth Bowser catches the zeal and the vulnerability of this troubadour through a seamless mix of photos, film clips, historic live performances, and interviews with his brother Michael, Pete Seeger, Joan Baez, Sean Penn, Tom Hayden, Christopher Hitchens, Ed Sanders, and others. Phil Ochs: There But For Fortune shows this singer/songwriter to be a true seeker of peace and justice. 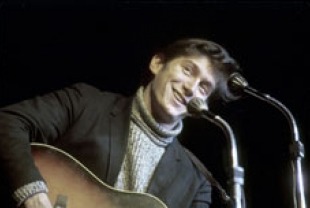 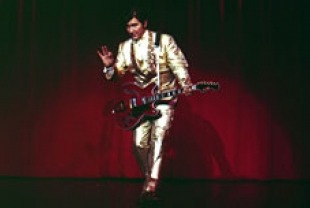