Directed by Beverly Joubert, Dereck Joubert
An extraordinary documentary about a wild lioness who is doing all she can to nurture and defend her cubs as they face one challenge after another to survive.

In the popular mind, the lion is the "king of beasts" ranking at the very top of the food chain. They are powerful and lithe carnivores and highly social animals. Male lions rule the pride (ranging from 5 to 35 members) but the lionesses do most of the hunting. The roar of this animal can be heard at a distance of five miles and is piercing at close range.

These magnificent creatures deserve smart, committed, patient, and creative advocates and they have two in Dereck and Beverly Joubert, the writers and directors of The Last Lions. They have been photographing, filming, and studying wild lions for 30 years. For seven years they lived across the river from Duba Island in the lush wetlands of Botswana's Okavango Delta where most of this adventure takes place. They then spent three years editing the film from the hundreds of hours of footage they had accumulated. The end result is a stunning achievement of dramatic intensity, scary sequences, extraordinary moments of beauty and sadness, mesmerizing music by Alex Wurman, and an impressive narration by Jeremy Irons. We would rank this documentary right alongside March of the Penguins for its ability to elicit within us both wonder and reverence for wild animals.

Ma di Tau (Mother of Lions), as she is called in the film, and her mate are attacked by a new pride that has been pushed out of its territory by human settlements. Although badly wounded, the lioness recovers, but her mate dies. Unknown to the invaders, Ma di Tau has three cubs hidden away and she must make a decision: she can try to stay or leave for unknown territory. One thing is clear: the pride led by Silver Eye will kill her three cubs to "wipe the gene slate clean." Ma di Tau leaves behind a wall of fire with her offspring, and they make it to a river. Despite the fact that lions don't like water, she leads the way across. But one cub is lost to a crocodile.

Ma di Tau decides to settle down on Duba Island which is also inhabited by a large herd of sharp-horned buffalo and their constant egret companions. At the heart of The Last Lions is the long-suffering and innovative efforts of this mother to keep her family safe in this wilderness filled with attackers and rivals. As Ma di Tau tries one strategy after another to separate a buffalo from the herd so she can kill it and feed her hungry son and daughter, the lioness gang reappears on the scene ready to cause more trouble.

In An Unspoken Hunger, Terry Tempest Williams writes about the incredible tenacity with which mothers of all species seek to defend their children: "As women connected to the earth, we are nurturing and we are fierce, we are wicked and we are sublime. The full range is ours." Watch closely and you will see all these qualities on display in Ma di Tau's actions and reactions.

The Jouberts have made it easy for us to empathize with this lioness but this is accomplished by the sheer drama and many tests she undergoes. They do not anthropomorphize Ma di Tau. They ask us to see her as who she is — a predatory and protective animal who deserves our respect and reverence as a dazzling creature in God's creation. 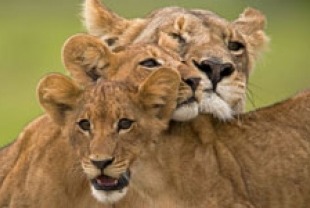 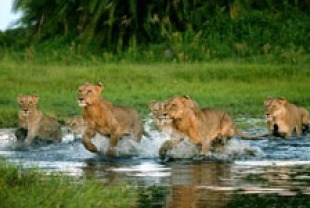 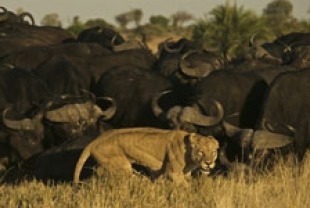 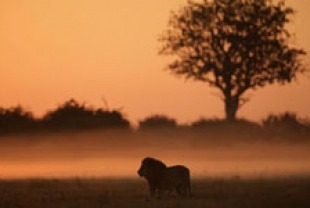 Interview with the Jouberts about their work and The Last Lions