Biotech scientist Dr. Martin Harris (Liam Neeson) and his wife Lisa (January Jones) arrive in Berlin for an international conference. However, he accidentally leaves the briefcase containing his passport and other important papers at the airport. Letting his wife check him in at the posh hotel, Harris catches a cab to go back to the airport. But on the way, the cab is involved in an accident and plunges into a river. Martin is pulled from the water by Gina (Diane Kruger), the courageous driver. Since she is an illegal Bosnian immigrant, she leaves the scene after making sure he is taken care of by a medical team.

Harris falls into a four-day coma and wakes up with a mild case of amnesia. Without his passport, he has no way of proving who he really is. When he finds out his wife is at the hotel in Berlin, he is thrilled to be reunited with her. The only problem is that Lisa claims to have never seen him before and that she is at the scientific conference with her husband Martin Harris (Aidan Quinn). The hero's problems are multiplied by having assassins on his trail. He finds allies in Gina, in a nurse, and in Jurgen (a scene stealing Bruno Ganz), a detective who was once an East German secret police official.

Director Jaume Collet-Serra tries to pump up the action in this identity-loss thriller with too many car chases. Although the film doesn't add any fresh insights into the complexities of the brain and the mysteries of memory, Liam Neeson's imposing stature on the screen is enough to carry the thriller to its surprise ending where all the details are explained by the scientist's close friend (Frank Langella) who has a few secrets of his own. 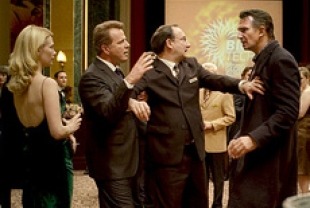 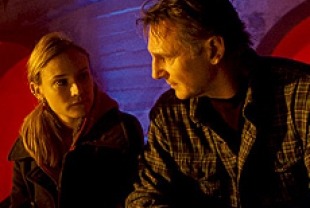 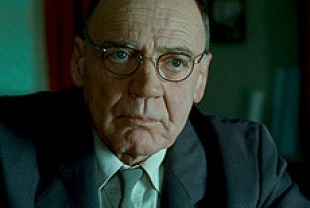 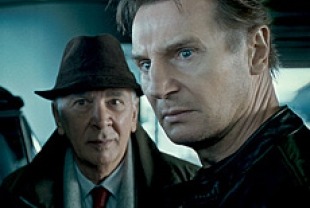 PG-13 - some intense sequences of violence and action, and brief sexual content