Directed by Kelly Reichardt
A meditative Western that focuses on the spiritual transformation of a female settler into a leader as she journeys West in a covered wagon caravan.

Kelly Reichardt has made two immensely appealing movies: Old Joy about the feelings involved in the end of a friendship and Wendy and Lucy about a poor girl and her beloved dog in desperate straits. There is a simple but elegant symmetry to her dramas that is distinctive in our times when so many movies are built on on disjointed and fast-paced storylines.

Meek's Cutoff is a slow moving Western set in 1845 and revolving around a covered wagon train of three families traveling on the Oregon Trail for a new life in the Pacific Northwest. They are being led by an arrogant and rough mountain man named Stephen Meek (Bruce Greenwood) who is used to having people submissively follow his orders. When the water supply runs short, the settlers begin to doubt whether he knows what he's doing. In self-defense, Meeks insists: "We're not lost, we're finding our way."

The journey is further complicated when they capture a scout from the Cayuse tribe (Rod Rondeaux). Meek wants to kill him but some of the others think he must know the way to water. Leading the opposition to Meek is Emily (Michele Williams), the wife of Solomon Tetherow (Will Patton). Two other members of the party, Thomas (Paul Dano) and his wife (Zoe Kazan), remain fearful throughout the journey as they confront one obstacle after another.

It is interesting to see the symbolic message about the role of women on this journey: they walk obediently behind the covered wagons, yet they are the ones who gather the wood and prepare the meals to sustain the group. And when push comes to shove about the fate of the Native American, Emily proves to be a real leader. Her inner strength and reliance upon conscience surprise her husband and everyone else. Michele Williams does an incredible job depicting this woman's dramatic spiritual transformation.

Special features on the DVD include the making of Meek's Cutoff; a behind the scenes featurette; the original theatrical trailer; and an exclusive essay by Richard Hell. 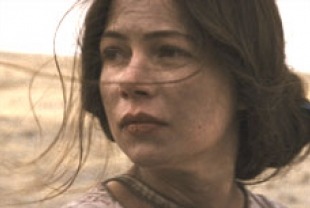 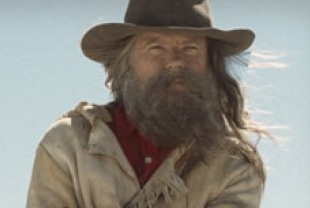 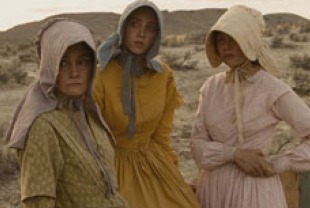 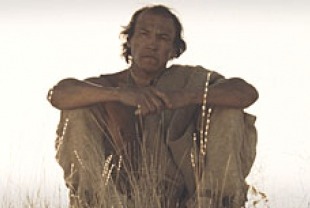 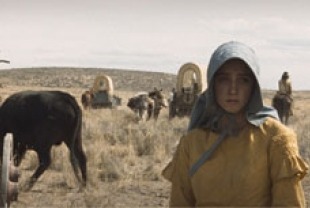