Directed by Robert Redford
A poignant and ethically-charged courtroom drama about yet another overlooked and forgotten abomination from America's past.

In the opening scenes of this poignant film directed by the always reliable and ethically provocative director Robert Redford, we learn that President Abraham Lincoln and his wife will be attending a theatrical performance. John Wilkes Booth (Toby Kebbell) seizes the moment and shoots Lincoln in the head. He leaps from the balcony to the stage and raises his arms in triumph before escaping with his comrades.

The U.S. Secretary of War Edwin Stanton (Kevin Kline) is determined to catch all those involved in the assassination of the President. Booth is shot and killed in a barn and seven others are captured and imprisoned as suspected co-conspirators. One of them is Mary Surratt (Robin Wright), a Southern Catholic who ran the boarding house where Booth and others planned their nefarious attacks.

In heated-up post Civil War Washington, Stanton believes that for the "war to stay won," there must be swift reprisals against the rebel terrorists. He sets up a military tribunal to handle the trial of the conspirators, even though they are all civilians. Reverdy Johnson (Tom Wilkinson), a senator from Virginia and a former Attorney General of the U.S., agrees to defend Mary Surratt on the grounds that she is innocent until proven guilty. He abhors the prevailing rush to judgment against her; he fears Stanton will stack the deck against her to satisfy the public desire for revenge.

Johnson decides that the best person to defend Surratt would be Frederick Aiken (James McEvoy), who has just returned from fighting for the Union as a hero who had two horses shot out from underneath him. But he is reluctant to take this case that his mentor has given to him. During his initial meeting with the prisoner, Aiken says: "All I know is what I read about you in the papers, and it's not flattering." But as the trial proceeds, this young lawyer's righteous indignation burns brightly against the prosecutor (Danny Huston), the biased General (Colm Meany) who heads the military tribunal, and the behind-the-scenes power plays and manipulations of Stanton.

Mary Surratt, meanwhile, declares that she is innocent of any involvement in the assassination plot, but she remains silent on the whereabouts of the remaining suspect, her son. As Aiken digs deeper into the case, he comes to abhor the violations of Surratt's civil liberties. But there are grave repercussions of his boldness in the trial: Sarah (Alexis Bledel), his long-time girlfriend turns against him and he loses some prestigious privileges in Washington. Aiken's ace in the hole turns out to be Mary Surratt's daughter Anna (Evan Rachel Wood). But even this talented and idealistic lawyer is unprepared for the surprising turn of events after the trial ends.

Robert Redford's The Conspirator is not only a vivid lesson in history but it also resonates with the present debate over military tribunals for accused terrorists and the rights of detainees. At one point Aiken says to Stanton, "What is happening to Mary Surratt is an abomination. You have predetermined her fate." Stanton replies," Fine words for rallying a nation but not for governing and keeping a nation together. Someone must be held accountable."

It is rare that Hollywood rises to the occasion and delivers deft and courageous portraits of abominations in our history. Americans like to celebrate our moral righteousness as a nation but are very reluctant to deal with the dark side of our violent past. The Conspirator delivers the goods, and we hope that the movie-going public will take its moral messages to heart.

Special features on the 2-disc Collector's Edition DVD include: Disc one: an audio commentary with director Robert Redford; an introduction to the American Film Company; a theatrical trailer; Disc two: the feature-length documentary: "The Conspirator: The Plot to Kill Lincoln"; the making of The Conspirator; ten "Witness History" featurettes on the historical background and making of the film; a photo gallery; and TV spots. 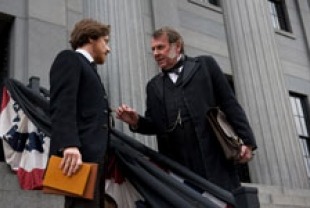 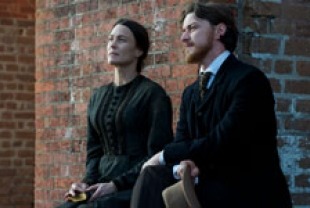 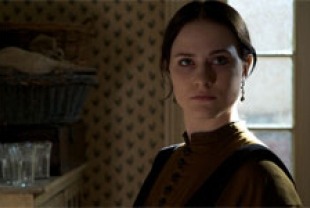 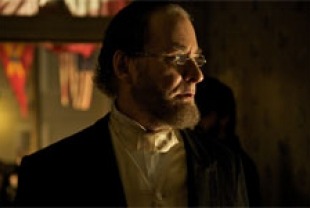 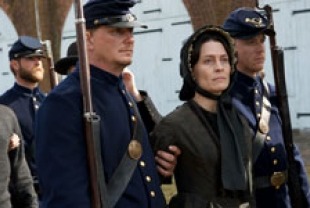