Directed by Azazel Jacobs
A bittersweet drama about a cross-generational friendship that proves beneficial to a teenage outsider who is sinking into severe loneliness.

Terri (Jacob Wysocki) is an oversized teenager who lives in a small town with his Uncle James (Creed Bratton) who is in the beginning stages of Alzheimer's. He is a lonely outsider who can't stand school and is repeatedly late. Terri has some weird interests. For example, his Uncle asks him to set up traps in the attic for mice. When they are killed, he takes them to the woods and watches them being devoured by a falcon.

Then Terri starts wearing his pajamas to school. This odd behavior along with tardy appearances animates the school's vice principal, Mr. Fitzgerald (John C. Reilly), to set up a series of Monday-morning sessions with him. At first Terri doesn't say very much about what is going on with him. But eventually, he appreciates the attention Fitzgerald is giving him.

Two other troubled students enter Terri's orbit: Chad (Bridger Zadina), a true rebel without a cause and Heather (Olivia Crocicchia) who is known around the school for being sexually loose. When these three pariahs get together at Terri's house for a party, he is very tense about what might happen. His fears are well-placed given Chad's crazy energy and Heather's hedonism. Meanwhile, his relationship with Fitzgerald proves to have a salutary effect on Terri's isolation and lack of communication skills.

Azazel Jacobs directs this appealing character-driven drama and gives it a fresh mix of comedy, pathos, and emotional clout. E. B. White, the great essayist, once wrote that this is what youth must figure out:

"Girls, love and living
The having, the not having,
The spending and the giving,
and the melancholy time of not knowing."

The central hub of the film is the friendship that blooms between Fitzgerald and Terri. The vice principal has his own flaws and vulnerabilities but he is genuine in his concern for the boy and his wanting to help him find his place in the world. Terri isn't really ready for the challenges and adventures of girls, love and living; he hasn't figured out the having and not having. But by the end of the drama, he is beginning to sense how much is wrapped up in the spending and the giving that is essential to a full and rich life. And he and Fitzgerald come to a mutual understanding of the time of not knowing.

Special features on the DVD include a look inside Terri and deleted scenes. 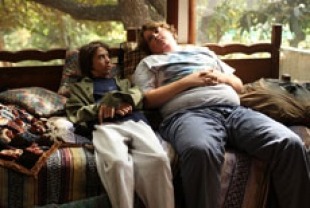 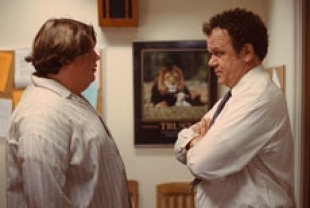 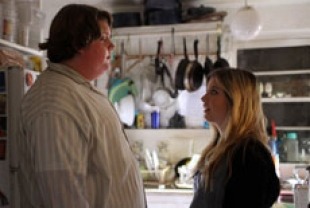 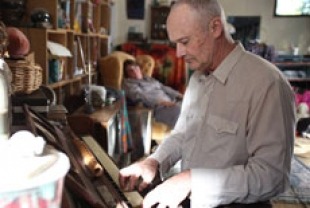 R -sexual content, language and some drug and alcohol use