You Don't Like the Truth: Four Days Inside Guantanamo

Directed by Luc Cote, Patricio Henriquez
An extremely disturbing Canadian documentary about the plight of a young detainee at Guantanamo Bay.

During the protracted war on terrorism, democracies and other nations have assumed that they violate the rule of law and the ideal of justice. That certainly is true in regard to the case of Omar Khadr, a Canadian who at the age of 15 was accused of five "war crime" charges. Americans claim that he killed a U.S. Delta medic with a hand grenade during a firefight in Afghanistan in 2002. Severely wounded in the battle, Khadr was sent to a prison in Bagram where he claims to have been tortured by Americans. Then he was taken to Guantanamo Bay in Cuba where he has been incarcerated for eight years.

This extremely disturbing documentary was made in Canada from declassified video footage of four days during which Khadr was interrogated by an unnamed Canadian intelligence service officer with a CIA agent sitting in on the proceedings. At first this young man is exhilarated by the prospect of getting some help from his fellow countryman. It takes a day for him to realize that the interrogator is only interested in getting him to confess to killing the American soldier and being a terrorist. It becomes obvious that this young man is still suffering from being physically tortured; he breaks down and cries for his mother.

The video presentation of the four-day interrogation is amplified by interviews and commentaries by Khadr's lawyers, his American army psychiatrist, cell mates, his mother and sister, and Canadian officials including Gar Pardy, a former director general of Canadian Consular Affairs who states: "These interviews are basically a continuation of his torture." Michelle Shephard, a reporter who has done an intensive study of Khadr's case, presents photographic evidence that the boy was so badly wounded that he never could have thrown a grenade at the American soldier. Former U.S. soldier Damien Corsetti who interrogated the Canadian at the Bagram prison feels sorry that this detainee has been treated so badly since he's only a boy.

Watching this grim drama unfolding is a sad and painful experience which reflects badly on the military and intelligence services of both Canada and the United States. These two nations claim to be beacons of light, truth, and righteousness to the world, places where justice and the rule of law reign. But all the revelations about Guantanamo Bay prove otherwise.

After this documentary was filmed, Human Rights Watch observers attended military commissions proceedings for Omar Khadr, including his sentencing hearing where he was ordered to spend another eight years in prison. As a result, the United States becomes the first Western nation since World War 11 to prosecute a former child soldier for alleged war crimes. 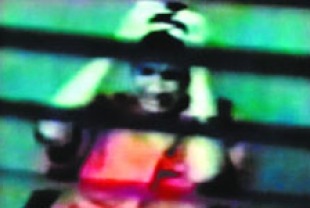