Directed by Cindy Meehl
An extraordinary documentary about a horse-whisperer whose spiritual messages and healing techniques are good medicine for all.

The Horse Whisperer is one of our favorite films. Robert Redford directed and plays Tom Booker, a patient, centered, and calm healer who can work wonders with horses. In one of the most incredible scenes, he sits in a field and waits patiently through an afternoon and evening until a very traumatized and frightened horse gives up his fear and walks over to him. Healing moments cannot be rushed nor can the mysteries of animals be taken for granted, slighted or ignored. A deep bond can be established between humans and horses with time and trust. And so it was in The Horse Whisperer.

In her debut as a documentary director Cindy Meehl has crafted one of the best films of 2011. It is centered on Buck Brennaman, the real-life horse whisperer who served as an advisor to the Redford's movie. He is a busy man who spends nine months of the year on the road teaching four-day seminars on "colt starting" — an alternative method from the traditional "horse breaking" — and other gentle and respectful techniques for training horses and teaching owners how to relate to them. He travels the country in a truck pulling a trailer with his own horses who are star examples of his methods.

Buck says that most of his time is spent helping horses with people problems. Men and women have to be taught that fear is often what makes these magnificent animals so unruly. It takes large doses of patience, love, and empathy to initiate them into a new stage in their lives. Once the animal trusts that you are not trying to dominate him, he calms down and the glorious dance begins.

Buck is sensitive to what the horses fear because of his own nightmarish childhood at the hands of a violent father who beat him and his brother regularly after their mother died. They became so accomplished as children rope-trick performers that they even appeared on national TV. Then they were removed from their father and went to live with a foster family. Buck found his vocation as a cowboy with a mission after an apprenticeship with Ray Hunt, a pioneer of natural-horsemanship work. He is married and has two daughters; Reata wants to follow in his footsteps.

One of the Buck's central points is that "your horse is a mirror to your soul, and sometimes you may not like what you see. Sometimes you will." How you relate to your horse will carry over into all other areas of your life. In the last segment of this extraordinary documentary, the horse whisperer takes on the challenge of dealing with a three-year-old colt who was oxygen deprived at birth and is now described by Buck "as close to a predator" as the species can get. He is very critical of the owner who has too many studs on her ranch and has not given this horse the attention he needs. Describing the colt as having a learning disability, he remarks that he can't help the way he was born and raised. The owner learns the painful truth that she is responsible for what he has become.

Buck is a gifted spiritual teacher who serves as a bridge between those who attend his clinics and the horses they love. His gentleness, empathy, and respect for these beautiful creatures shines through each scene in this documentary. He models for us a compassionate ethic for relating to all animals. 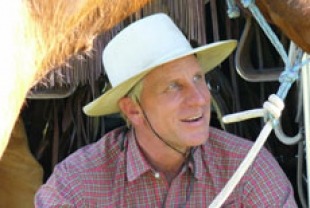 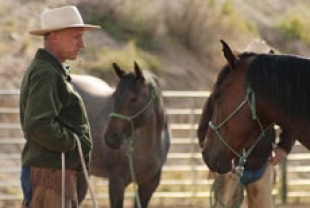 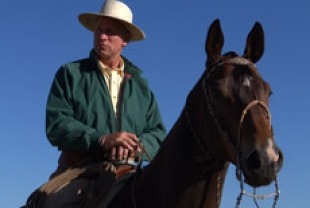