Page One: Inside the New York Times

Directed by Andrew Rossi
A sophisticated look at The New York Times as it struggles to survive in a new media milieu of intense competition.

Nearly 2,800 American newspapers have gone out of business over the last decade and experts predict that many more will follow. Traditional journalists feel besieged from all quarters by competition from Internet-based publications, citizen journalists, bloggers, and news aggregators (Huffington Post and similar sites).

The New York Times has enjoyed its leading position as the nation's pre-eminent newspaper since its founding in 1896 when Adolph Ochs promised to deliver "All the news that's fit to print." But by 2009, even this prestigious institution was in serious trouble with circulation and ad sales in decline. More than 100 workers have been laid off, and the question that has been bantered around in the media world is: Can The New York Times find a way to survive or will it go down like so many other newspapers?

Filmmakers Andrew Rossi and Kate Novack have fashioned a sophisticated behind-the-scenes look at the plight of The New York Times as its brightest and best journalists and editors sort through the contemporary scene in their quest to understand the shifting media reality. They follow four journalists who provide an engrossing picture of the stories that have rocked this paper, including the fabricated articles of Jayson Blair, the Judith Miller scandal, and the fallout from the Pentagon Papers, and the revelations of Watergate. At the center of this documentary is David Carr, a leading media reporter who is a 25-year veteran of reporting. He is a passionate defender of the newspaper at panels, conferences, and television appearances. Brian Stelter was a popular blogger before The New York Times hired him to cover television and other media. Bruce Headlam is the Media Desk Editor for the newspaper, and Tim Arango has given up his position as a media reporter in order to cover the war zone of Baghdad.

In one of the most fascinating sections of Page One, there is a heated discussion of the rise to power and influence of WikiLeaks as a new media player that has already demonstrated the capacity to transform the nature of news gathering and the future of traditional journalism as practiced by The New York Times. Page One is a sophisticated and enlightening look at the struggles of a famous newspaper to survive in a very competitive media environment.

Special features on the DVD include: Carl Bernstein on the real threat to newspapers; Emily Bell on keeping journalism relevant; Sarah Ellison on the mind of Murdoch; journalists react to Page One; additional scenes; Q&A highlights with the cast and filmmakers; and a mini-feature: "Tim Arango with João Silva in Iraq." 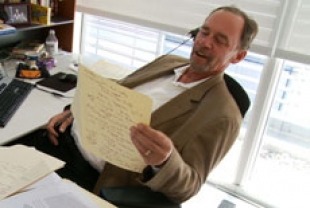 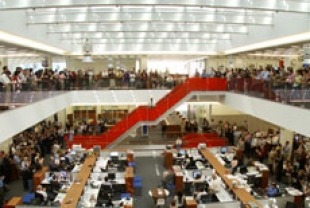 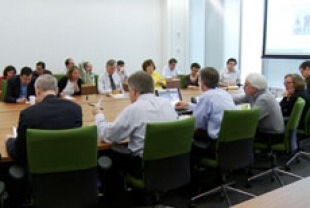