Directed by Chris Weitz
A touching and authentic immigrant tale that touches the heart and is one of the most spiritually literate films of 2011.

"And now, from all our travails and all our triumphs, don't we find that through the bloodlines of our souls, we are not separate and not alone, but related to every soul who ever struggles and strives toward goodness?"
— from "We Are All Immigrants" from The Dangerous Old Woman by Clarissa Pinkola Estes

The Buddhists believe that we have all been other people in previous incarnations. Perhaps that explains the close identification we feel with immigrants and their yearning to find a new and better life. We have all been boundary crossers in a quest that takes us into strange territory.

Carlos Galindo (Demian Bichir), a Mexican-born gardener, is an illegal immigrant who works for Blasco (Joaquin Cosio). He lives in a very small house in the barrio of Los Angeles with his teenage son Luis (Jose Julian). As a single parent, he is trying very hard to do right by his boy even to the extent of giving him the only bedroom and sleeping on the couch. Luis is a smart and street savvy kid, and he and his best friend are being courted by a local gang. He is a little embarrassed by the old-fashioned morality and courtesy of his father.

Thinking about his son's future, Carlos borrows some money from his sister (Delores Heredia) so he can buy Blasco's truck and lawn service. The main problem he faces is that he has no driver's license and cannot afford to be stopped by the police. Such an incident would lead to arrest and deportation.

Immigrants around the world live in constant fear of exposure. They worry about being caught without documents and sent back to where they came from originally. Like the Jews in the wilderness, they are seeking a safe refuge. We often forget that Jesus had no place to lay his head and was a border crosser in every sense of the word. Throughout this intense drama, we have high hopes that Carlos will succeed given his determination and big-heartedness. Even in something as simple as climbing a tree at work, he puts other people first instead of taking center stage.

It is a glorious day when Carlos drives his truck to pick up a day laborer on the same corner where he once looked for work. His spirits are high when the two of them start a new lawn service project. But Carlos is shocked when the stranger steals his truck and drives away leaving him stranded. Carlos enlists the aid of his son to search for the thief. They cannot go to the police for help. They track him to a crowded apartment where many illegal immigrants are stacked in bunk beds and living in terrible conditions, to the kitchen where he works as a dishwasher, only to find he's already sold the truck and sent the money to Mexico. On their quest to get the truck back and set their dreams of a better life back on track, Carlos and Luis draw closer together than ever before.

The one quality that stands out in Carlos and in all refugees is the yearning for a better life. And we can sympathize with that since we have felt the same thing. Desire is a great force field that takes us beyond ourselves. It enables us to cross borders despite the dangers. It enables us to endure dark nights of the soul when all appears to be lost. We found ourselves weeping with Carlos over his loss and hoping that he would be able to make it through the disaster he endures and come out unscathed on the other side. And we predict, you will too.

A Better Life is directed by Chris Weitz (About a Boy) from a screenplay by Eric Eason and a story by Roger Simon. It is one of the Most Spiritually Literate films of 2011. From start to finish, we empathize with the yearnings of Carlos, a loving single parent and a hard worker whose humble life is animated by old-fashioned virtues. Demian Bichir puts in an incredibly low-key and authentic performance which touches our hearts.

Special features on the DVD include an audio commentary with director Chris Weitz; deleted scenes; and the "Jarinero" music video by Ozomatli. 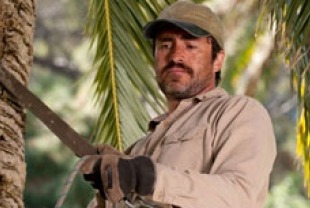 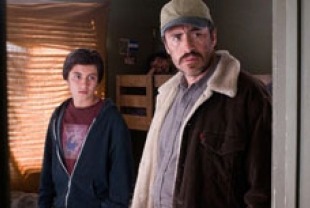 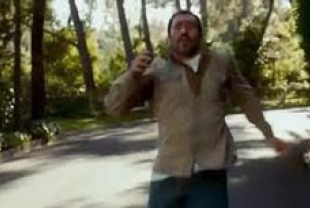