Directed by Julie Bertuccelli
A beautiful and beguiling Australian film about love, loss, mystery, and the resources needed to hold together a grieving family.

There are certain sites on earth, according to Celtic spirituality, called "thin places" where the invisible world comes into proximity with the visible world. Monasteries were meant to be founded on such spots to lure the possibilities of transcendental communication. Islands such as Ireland and Iceland are known to be special places where spiritual experiences are abundant.

Australia is another island filled with thin places. We think of the songlines followed by the aboriginals and the sacred site Ayer's Rock. One of our favorite Australian movies is Picnic at Hanging Rock directed by Peter Weir set at a volcanic site over a million years old where strange things have been known to happen. The film acknowledges the mysteries of the natural world and teaches that true wilderness cannot be tamed or controlled in any way.

The Tree, a beguiling and gorgeous Australian film directed by Julie Bertuccelli, covers these themes and more. It deals with the mysterious communication with a dead person through a gigantic and ancient fig tree near the house where he lived. Many people have been reminded of deceased loved ones by ordinary objects; some of our most powerful religious rituals use such remembrances to create connection. Here nature provides the gateway to communication, and we marvel at how it both influences and mirrors the feelings of the characters. We leave the theatre in awe of the mysteries surrounding death, the afterlife, and the resources needed to hold together a grieving family.

In the opening sequence of this sturdy drama Peter (Aden Young) dies of a heart attack at the wheel of his truck. The vehicle comes to rest at the foot of an ancient and gigantic Moreten Bay fig tree which is very close to his house where he lives with his wife Dawn (Charlotte Gainsbourg) and four children: Tim (Christian Bayers), Lou (Tom Russell), Simone (Morgana Davies), and Charlie (Gabriel Gotting).

Each member of the family responds in a different way to Peter's death. Dawn is emotionally devastated and hides in bed, too exhausted to do anything. Tim, the oldest child, who is preparing to leave for school, keeps the household running while he tries to pull his mother out of her depression. He gets a job so at least some money will support the family.

Eight-year-old Simone, who believes she was her father's favorite, becomes convinced that he is speaking to her through the fig tree. She establishes a platform amidst its branches, surrounding herself with memorabilia of her dad, and regularly goes there to commune with him. In one of the drama's many spiritual moments, Simone gets her mother out of bed in the middle of the night to listen to the tree. Dawn is moved by the experience and the secret that her daughter has shared with her. Soon Lou, the middle boy, begins to take special care of the tree and do ceremonies around it. The youngest boy (Gabriel Gotting) is almost three but is still not speaking.

Dawn decides to take a job working as a clerk in a plumbing store for George (Marton Csokas). He proves that his interest in her goes beyond being her employer by helping her out when some frogs get caught in a clogged toilet at the house. He warns her that the tree's roots, seeking water in the midst of a drought, are threatening to destroy their plumbing and the house itself. Dawn grows more appreciative of his take-charge attitude and they make love. Later, a large branch of the tree crashes down on her bedroom. Simone sees the disaster as a sign of her father's disapproval of Dawn's relationship with George.

Writer and director Julie Bertuccelli (Since Otar Left) has adapted the novel Our Father Who Art in the Tree by Judy Pascoe for the screen. She has drawn out top-drawer performances from Charlotte Gainsbourg as Dawn, Morgana Davies as Simone, Christian Bayers as Tim, and Marton Csoks as George. There are many memorable scenes involving the interaction between Simone and her brothers that come across as very authentic and natural. The cinematography of Nigel Black conveys the beauty of the outback landscape and the majestic glory of the Morten Bay fig tree. And the enchanting music by Gregoire Hetzel vividly emphasizes the emotional power of the story.

Special features on the DVD include: "In the Shadow of The Tree": A 30-minute behind-the-scenes documentary; nine deleted scenes; and the U. S. theatrical trailer. 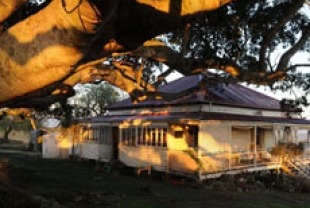 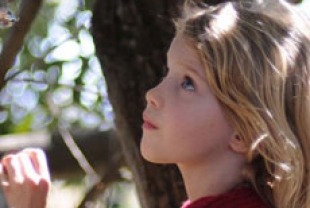 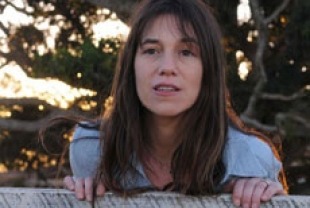 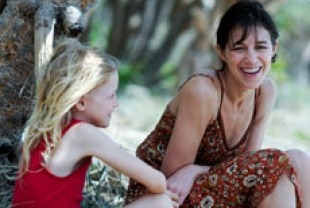