Every year during Ramadan, the prestigious International Holy Koran Competition is held in Cairo, Egypt. A test of both memorization ability and recitation talent, it draws 110 contestants from 70 countries, some as young as seven. Greg Barker, the director of this documentary, introduces us to three 10-year-old contestants as they prepare for the trip to Cairo and then films part of the actual Koran recitations before an august panel of judges. Kristina Nelson, a Western expert on Koran recitation, explains the significance of this 600 page-holy book to Muslims and the value of reciting this text in the original Arabic language in the devotional life of believers. Salem Abdel-Galil, one of the major organizers of the competition, shares his ideas and ideals as a moderate Muslim who is troubled by the excesses of his more fundamentalist brothers.

Our favorite reciter is Nabiollah Saidoff from the mountainous region of Tajikistan. Although he does not speak Arabic, he memorized the Koran in less than a year. Very articulate and at ease among adults, he says that he recites with his eyes closed and sees the pages of the Koran in his imagination. He is able to intuit the musical rhythms and bring them to the fore in his recitations. One of the most famous judges is moved to tears by his performance. Yet even with his genius and talent, Nabiollah is having trouble getting admitted to a new city school back home where he can study all subjects in addition to the Koran. His old religious school in the country has been shut down by the government as a sign of their disapproval of Islamic fundamentalism.

Rifdha Rasheed is one of the few girls in the competition. She is from the Maldives, a small island in the Indian Ocean, and is an excellent student in all subjects at school. Her father accompanies Rifdha to Cairo and talks about his conversion to fundamentalist Islam with its many rules and regulations. Rifdha gets very nervous during her recitations and wishes her mother were there to give her support. Still, despite having to compete in the middle of the night, she does well. While she dreams of becoming an explorer, her conservative father states emphatically that no matter what her education turns out to be, Rifdha will be a housewife.

Djamil Djieng hails from Dakar, Senegal, where his father is a local imam. Out of the three young people profiled, he seems to have benefitted the most from the trip to Cairo and the expansion of his understanding of things. In one scene, we see him sitting quietly facing a pyramid in the Egyptian desert.

By the time Koran by Heart ends, we have gained a greater understanding of the diversity of believers within Islam, a greater awareness of the awesome brain power of children, and a reminder of the rich experiences that can emanate from travel abroad.

And we have been gifted with something else: a deeper appreciation for the beauty and unique significance of the Koran. As Kristina Nelson explains, Muslims believe that the Koran is the Word of God. "When you recite the Koran or when you hear the Koran, you are experiencing a moment of revelation. You are not just hearing a religious text."

Michael Sells, whose Approaching the Qur'an focuses on the first suras revealed to the Prophet, calls them "some of the most powerful, prophetic, and revelatory passages in religious history. And they offer a vision of a meaningful and just life that anchors the religion of one-fifth of the world's inhabitants." Commenting on the practice of children memorizing the Qur'an, he notes: "They are not simply learning something by rote but rather interiorizing the inner rhythms, sound patterns, and textual dynamics — taking it to heart in the deepest manner." This comes through in the scenes of the competition, as we learn that the reciters are judged by the Tajweed rules of rhythm and pronunciation and also for their improvised melody inspired by the moment.

Sufi Lex Hixon in his book of meditations and translations, The Heart of the Qur'an, notes: "The Holy Qur'an, we must always remember, does not contain the human speech and thought of the Prophet Muhammed, but is the Divine Song of power and love sung directly by Allah, the ultimate Source of the universe, through the personal, cultural and spiritual being of His Prophet." That's something to reflect upon as you listen to the recitations in this documentary and take them to heart. 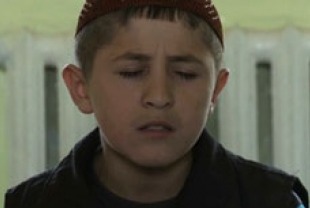 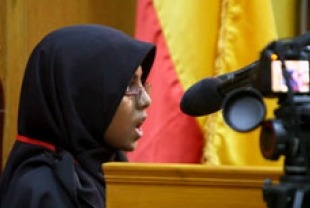 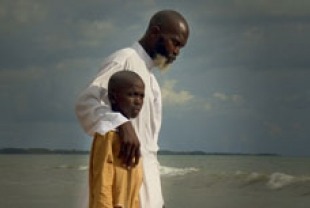 The Essence of the Qur'an e-course