Directed by Alain Corneau
A highly focused and well-directed French psychodrama set in the corporate world where power plays and competition can lead to disastrous events.

The unhealthy brew of erotic yearning, manipulative power plays, and mental and physical agitation on display in the opening scene, where corporate executive Christine (Kristin Scott Thomas) flirts with her younger colleague Isabelle (Ludivine Sagnier), sets the stage for all of the dramatic tensions that follow in this highly-focused and well-acted French psychodrama. This encounter takes place in Christine's luxurious home where everything is perfectly co-ordinated. Isabelle is thrilled when her boss gives her a beautiful scarf she admires, but she is not comfortable with being touched and psychoanalyzed. As soon as Philippe (Patrick Mille), a handsome co-worker arrives, Christine turns her sexual spotlight on him.

The two women have been working on a presentation for a big deal with an Egyptian company. Isabelle has done most of the work, even coming up with a deal-sealing idea, and so she's happy when Christine sends her to Cairo for the big meeting. She is less pleased when Christine takes all the credit for the deal and is promised a job advancement to the corporate office in New York.

Isabelle's assistant Daniel (Guillaume Marquet) suggests that she tell Christine that she won't tolerate her taking credit for work she didn't do. The two of them decide to keep Christine out of the loop as they prepare a big presentation for the head office. Isabelle is delighted when the company bigwigs go gaga over her creativity and talent. Christine is taken by surprise and then miffed when she is told that they want her to stay put in Paris.

The equivalent of war breaks out between the two women. Isabelle's opening foray is to have an affair with Philippe and question him about how her boss is in bed. He responds: "She thinks only of herself even in bed." But Christine then manipulates Philippe into embarrassing Isabelle before the entire company. And that's just the beginning. . . .

Director and co-writer Alain Corneau draws out sturdy and nuanced performances from Kristin Scott Thomas as the self-absorbed and serpentine Christine and from Ludivine Sagnier as Isabelle, a lonely and self-abnegating young woman who surprisingly finds that her anger and hatred of her boss enables her to do things beyond her wildest imaginings. In the last third of the drama, Sagnier gets to put on full display her versatility as a gifted actress. 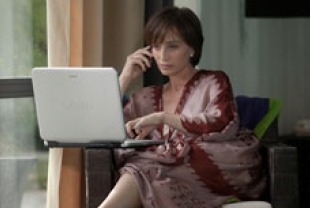 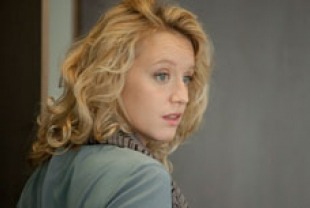 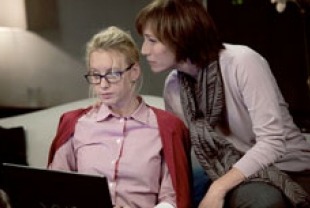