The Ides of March

Directed by George Clooney
A combo political thriller and morality play that is thought-provoking and brilliantly performed by some of America's best actors.

The Ides of March is George Clooney's fourth picture as a director. Both a political thriller and a morality play, it hits the nail on the head in its depiction of the corrupt and cynical state of politics in America. Here both Democrats and Republicans are willing to do anything to win, including making outrageous campaign promises they have no intention of fulfilling. The screenplay by Clooney, Grant Heslov, and Beau Willimon is based on the play Farragut North by Willimon. That drama is loosely structured around Howard Dean's 2004 presidential bid.

Stephen Miles (Ryan Gosling) is a highly accomplished and totally dedicated press secretary for Governor Mike Morris (George Clooney), a liberal Democrat who is in a heated campaign with a Southern Democrat in the critical Ohio primary. He is jacked-up by the neck-and-neck battle and tells Ida (Marisa Tomei), a sly and jaded reporter for The New York Times, "This thing, it's got me starry-eyed again. It's reminded me of why I got into politics in the first place." When he claims that Morris is "the one" to really change things, she warns him that his idealism will surely be shattered if Morris turns out not to be what he seems to be.

Miles is the rising star in the office with his wit, candor and calmness. He is the protégé of Paul Zara (Philip Seymour Hoffman), a veteran campaign manager who has seen and done it all. Both of them are pleased when their man gives a rousing speech in which he declares that his religion is the U.S. Constitution. They are pleased when the crowd goes crazy when he declares that he's against the "distribution of wealth to the richest Americans by our government." It even looks like he will hold firm on his commitment not to make deals during the campaign. Pressured to give something to an influential senator (Jeffrey Wright) who could provide him with the delegates he needs to win the nomination, will Morris play his purist cards or will he cave into others' power plays? Tom Duffy (Paul Giamatti), the campaign manager for Morris' rival, comes up with move designed to defeat the smooth, personable, and confident Governor. One of them is designed to bring Miles to his knees.

The Ides of March has more tension than Hollywood's latest action dramas but instead of watching vehicles in endless chases and explosions, we are enthralled with the real drama of characters caught up in the messiness, back-stabbing, double-crosses, and deals which are part and parcel of contemporary politics. The smart screenplay delves into the moral complexities which arise around questions of loyalty and honesty. We are reminded of the ethically thought-provoking dramas of David Mamet and David Hare. And Clooney has really hit the jackpot with his casting for this film with near-perfect performances by Ryan Gosling, Philip Seymour Hoffman, Paul Giamatti, and Marisa Tomei. Evan Rachel Wood gives an impressive portrait of a sexually alluring 20-year old intern whose impact on the lives of several characters is telling. 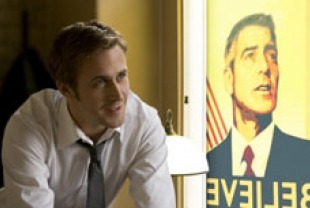 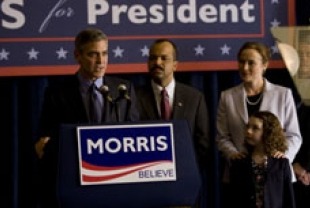 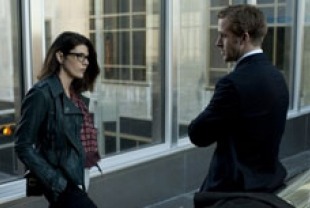 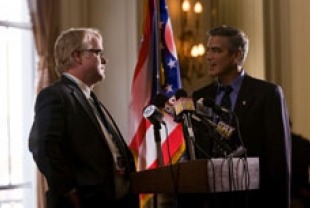