The Skin I Live In

More than any other part of the body, our skin showcases our individuality. But in these post-modern times, the skin can be changed and controlled by plastic surgeons.

We live in a world of cameras and surveillance. Everywhere we go and no matter what we do, we are being watched. But it is good to be reminded by Antoine de Saint-Exupery (The Little Prince) that "what is essential is invisible to the eye."

It is a weird phenomenon that so many people have given their bodies over to plastic surgeons to remake as they see fit. Imagine the power that plays in the head of these miracle workers as they reconstruct a face or change the sex of another human being. No wonder some of them think of themselves as having godlike powers.

Dr. Robert Ledgard (Antonio Banderas) lives and works in a mansion in Toledo, Spain. His wife was burned to death in an automobile accident and he has dedicated years of research to discovering a new form of resilient skin that will be resistant to fire. This research using pig genes has taken him into ethically controversial areas that worry his colleagues.

What they have no knowledge of is that Ledgard's secret project has transformed him into a mad scientist. He has kidnapped Vicente (Jan Cornet), a clothing-store clerk, and turned him into a guinea pig for his manifold experiments. The reason for doing so is disturbing but, then again, so is this attempt to control the very nature of human identity. Vicente becomes Vera (Elena Anaya) and lives a life controlled by Ledgard who drugs her, watches her every move on screen, and has his way with her whenever he wants. Vera struggles to stay alive in this pristine prison by practicing yoga and keeping a wall diary. Her main guard is Ledgard's mother Marila (Marisa Paredes) who also serves as housekeeper.

The skin, the face, transgenic therapy, plastic surgery, power, and amorality are the major themes in Pedro Almodovar's The Skin I Live In, a thought-provoking thriller and gothic horror story. It is the kind of film that will either engender praise or rejection by those who see it. We think it is worthy of your attention if you are intrigued by the aforementioned subjects or a fan of this consistently fascinating Spanish film director.

Special features on the Two-disc Blu-ray/DVD Combo include: a Q & A with director Pedro Almodovar and "On the Red Carpet: New York Premiere." 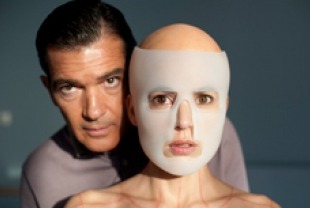 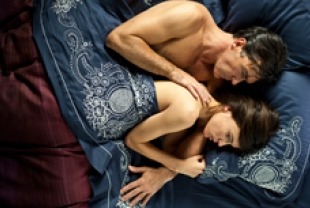 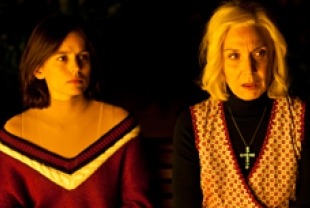