Directed by Aki Kaurismaki
A magical Finnish film about the miracles that a warm heart can work in a world of hatred and divisiveness.

Marcel Marx (Andre Wilms) has retired from an artistic career in Paris and moved to Le Havre with his beloved wife Arletty (Kati Outinen). They live in a modest house, and he earns a little money shining shoes. He shoots the breeze with his Chinese friend while Arletty prepares a meal that consists of bread and a sliced apple. She doesn't eat with him claiming to have had some food earlier. She learns from a doctor that she is gravely ill, but she asks him not to tell her husband the full truth about her condition.

In the city docks, a container has been discovered to contain a large group of African refugees who thought they were being taken to England. Idrissa (Blondin Miguel), a pre-teen boy, manages to sneak away while the other illegal immigrants are sent to various refugee camps. The next day when Marcel is eating his lunch down by the dock, he spots Idrissa in the water. With Arletty in the hospital, there is space in his tiny place for the soft-spoken African boy, who is desperately yearning to see his mother in London.

Meanwhile, Inspector Monet (Jean-Pierre Darroussin) has been ordered by the authorities to locate the missing boy. This turns out to be a formidable task since Marcel's friends and neighbors in the local shops and bar are helping him take care of Idrissa. It may take a village to raise a child but the village can shield a child from danger by concerted action. The same people help Marcel set up what they call a "trendy charity concert" to raise money for Idrissa's illegal trip to London. A local rock legend named Little Bob kicks out the jams.

Finnish director Aki Kaurismaki has created a magical film about the warmth of the human heart that is willing to be open and hospitable to strangers from another culture. Marcel is an innocent who sets out on a dangerous mission to save Idrissa and is willing to suffer the consequences if it doesn't work. At one point, Arletty's doctor tries to cheer her up by noting that miracles can happen. She responds: "Not in my neighborhood." But that is exactly where the miracle of human collaboration takes place along with an even greater miracle which is celebrated in all the world's wisdom traditions.

Kaurismaki calls Le Havre an "unrealistic film." We are sad to say that he's probably right. It is unrealistic in this day and age to focus on the poor and the elderly, to lift up the basic goodness of people, to criticize the inhumane treatment of illegal immigrants, and to show how we are all connected with each other in ways we have never considered before. Le Havre has it all — humor, sadness, health and illness, friendship and community, and doing the right thing in a world that is going a little mad with hatred for the "other." 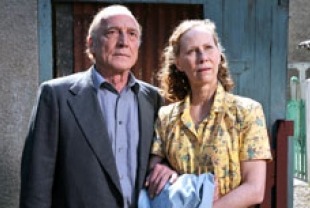 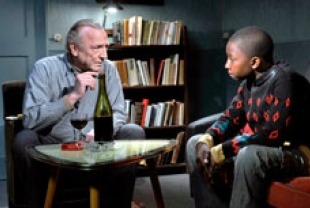 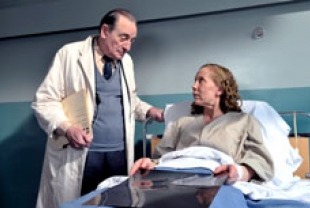 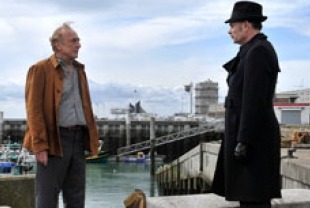 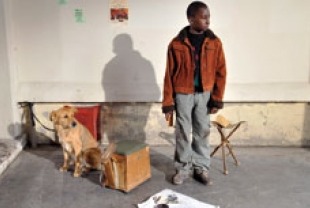