We Need to Talk About Kevin

Directed by Lynn Ramsay
An unsettling drama with a chilling portrait of a destructive mother-and-son relationship that eventually impacts the lives of others.

We Need to Talk About Kevin is one of the most unsettling films of the year with its chilling portrait of a wayward and psychopathic son and his perplexed and emotionally vulnerable mother. Lynne Ramsay directs this intense and visually stylized screen adaptation of Lionel Shriver's bestselling novel. The screenplay by the director and Rory Stewart Kinnear draws us into a tense, complex, and disquieting mother-and-son relationship and through a series of flashbacks captures and conveys the ever-present storm clouds of anger, hatred, and blame.

It is evident from the early stages of the film that a vicious crime has been committed by Kevin (Ezra Miller) at his high school (we are mercifully spared the gory depiction and details of the crime). He is born to Eva (Tilda Swinton in an Academy-Award caliber performance) and Franklin (John C. Reilly) but is an unruly infant who is always screaming. His mother, who gave up her career in the city to be a parent, has a hard time of it. As a little boy, Kevin (Rocky Duer, Jasper Newell) doesn't speak and seems isolated and alienated by human contact. When Eva takes him to see a doctor, he says Kevin is not autistic and is perfectly fine even though he refuses to control his bowel movements.

By the time he is a teenager, this suburban youth is more malevolent than ever and seems to enjoy tormenting his mother and pretending to enjoy the company of his father. Kevin is more of a mystery to Eva than ever and after he commits his crime at the high school, she feels guilty about being a bad mother. It doesn't help that no matter where she goes Eva is harassed. Some angry members of the community splash paint over the porch of her house and on her car. By the time two Mormon missionaries appear on her doorstep, she is near a breaking point, telling them there is no reason to talk since "I'm going straight to hell. Eternal damnation, the whole thing."

When teenagers take out their violence on others, the question "Why?" hangs like a poison over the entire community. Are they trying to be seen? Are they getting revenge? Eva asks the question and the answer she receives is worth thinking about.

It is easier to write off killers as evil-doers than it is to forgive them as the Amish community did when their school children were killed. It is easier to blame the parents than to have compassion for them and their suffering. But for those on a spiritual path, the old paradigm of the world consisting of good people and bad people is no longer a viable way of looking at things. We Need to Talk About Kevin challenges us not to write off either Eva or Kevin as monsters; the spiritual response is to open our hearts with compassion to both of them.

Special features on the DVD include behind the scenes of We Need to Talk About Kevin — including on-set interviews with the cast and crew; extra footage from the famous "La Tomatina" Tomato Festival in Spain; In Conversation - Telluride Film Festival honors Tilda Swinton; an interview with Lionel Shriver, author of the novel; and the original theatrical trailer. 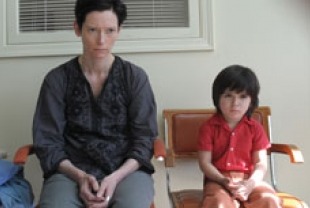 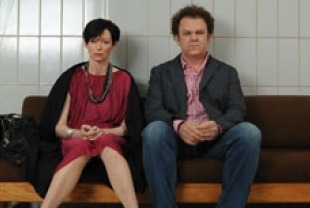 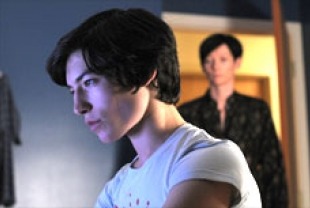 R - disturbing violence and behavior, some sexuality and language