Directed by Asghar Farhadi
A searing Iranian film about divisiveness as a toxin in relationships.

Nader (Peyman Moaadi) and Simin (Leila Hatami) live in Tehran with their 11-year-old daughter Termeh (Sarina Farhadi). They are both very articulate and strong-willed individuals and so when they clash, there is a great deal of noise and anger.

The source of their latest disagreement is deep: Simin wants them to move overseas so they can provide their daughter with a better and brighter future. When Nader refuses the idea completely, she decides to petition for divorce. And in order to give herself some breathing room she moves out and stays with her mother. Although she asks Termeh to join her, the girl decides to stay with her father and help him take care of his disoriented father (Ali-Asghar Shahbazi) who lives with them and has Alzheimer's disease.

Feeling agitated by his wife's departure and anxious about the onerous responsibilities of caregiving, Nader hires Razieh (Sareh Bayat), a devout Muslim with a four-year-old daughter. Once he leaves for work, she gets off to a bad start and must call an Islamic hotline to find out whether it's a sin to change the soiled clothes of an old man who can't do it himself. After this harrowing experience, Razieh wants to quit, but she perseveres. But when Nader returns home one day and finds his father on the floor and hardly breathing, he blows up at the caregiver for having left the apartment to do an errand. To make matters worse, he accuses her of having stolen some money. The argument escalates and Nader violently pushes Razieh out the front door and she falls down the stairs.

All of the world's wisdom traditions see separation as a sign of selfish egotism, pride, and alienation. It is a virus that infects both our private and public lives. Instead of feeling unity and solidarity with others, we build walls and construct ways to keep them away. In this searing Iranian drama directed by Asghar Farhadi, this divisiveness begins with the fight between Nader and Simin but then spreads like a wildfire as they present their case before a judge. Then Razieh's angry out-of-work husband Hodjat (Shahab Hosseini) takes Nader to court for manslaughter. It turns out that she was pregnant and her fall resulted in the death of their child.

The divides which appear when these four square off against each other are multiple: Razieh and Hodjat are poor and religious whereas Nader and Simin are well-off and secular. The judge in his quest for the truth is left sorting through the different versions of what really happened. 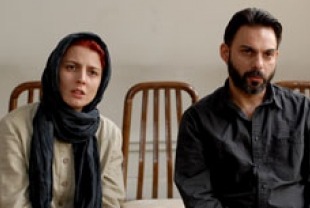 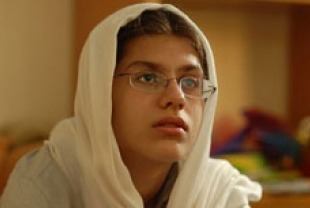 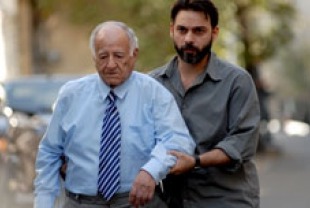 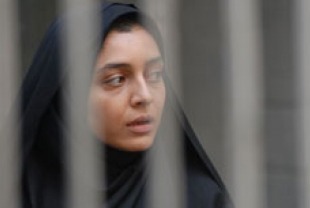 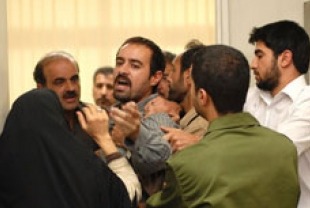