Directed by Jill Sprecher
The Sprecher sisters stay on message with another thought-provoking morality play about ethics in times when dishonesty reigns.

Jill Sprecher made her directing debut in 1997 with the independent feature Clockwatchers, which was co-written with her sister Karen. We found it to be a wonderfully idiosyncratic film about the working lives of women, a subject hardly ever dealt with seriously in movies. Ethics plays a major role in the story. Their next film, Thirteen Conversations about One Thing, was selected by us as one of the Most Spiritually Literate Films of 2002 with its focus on five very different characters trying to discern the meaning of their urban experiences.

Thin Ice is the third film collaboration of Karen and Jill Sprecher with Jill again serving as the director. It is set in our times when people tell pollsters they are afraid of being ripped off or misled or cheated by others. And they have good reasons: dishonesty, lying, and conning others is widespread in the society, as many choose to do wrong in order to get ahead. This is the major theme of Thin Ice.

Mickey Prohaska (Greg Kinnear) is an insurance agent in Kenosha, Wisconsin who has not yet given up on his dream of escaping the cold for a luxurious life of leisure in the Caribbean. The old magic of his spiel to attract new clients is not working anymore, and he is estranged from his wife Jo Ann(Lea Thompson). In hopes of saving his business, he takes on a new salesman (David Harbour) who has a folksy approach to selling insurance. He introduces Mickey to Gorvy Hauer (Alan Arkin), a retired farmer who reluctantly takes out a new policy.

When a violin appraiser Leonard(Bob Balaban) wants to purchase an old violin that Gorvy has, Mickey intercepts this dealer and finds out that the instrument is worth $25,000. His efforts to take possession of the violin and sell it himself leads this beleaguered insurance agent further down the road to financial ruin. Especially when his plans are uncovered by a security alarm installer Randy (Billy Crudup), who is a former convict with dangerous fits of violence.

Mickey thinks that he is in control of things but is astonished to discover just the opposite in this morality play with some comic moments. The Spretcher sisters, once again, stay on message. 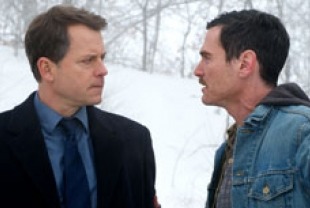 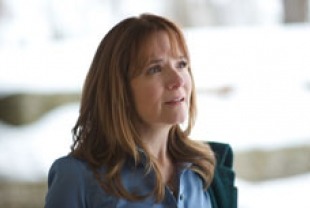 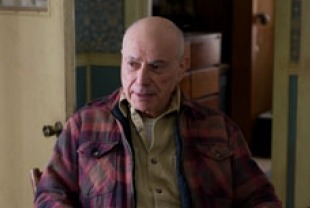 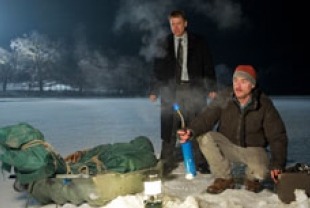 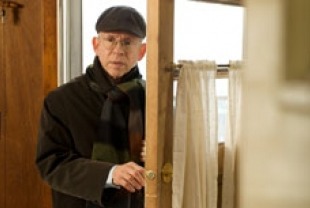