Directed by Terence Davies
A 1950s story about an alluring woman who leaves her husband in search of sexual passion with a younger man.

Hester Collyer (Rachel Weisz) is an alluring woman married to William (Simon Russell Beale), a middle-aged judge who has given his wife wealth, prestige, and beautiful things. But the one thing she desires more than anything is passionate sex. He is a bit of a Puritan who agrees with his mother (Barbara Jefford) that "guarded enthusiasm" rather than passion is the quality prized in long-lasting marriages. After meeting and falling in love with Freddie Page (Tom Hiddleston), she leaves William to embark on what she hopes will be a life of sustained sexual pleasure.

The time of this drama is "around 1950" and we ride the surf of time backwards and forwards. Freddie's infatuation for Hester wears off soon enough and we remember that he admitted to her that the exhilaration and the dread of his experiences in World War II easily transcended daily reality in London after he returned. Already depressed by loneliness and feelings of being neglected, Hester tries to commit suicide but is unsuccessful. She leaves a note to Freddie which plays a pivotal role later in the film. A far wiser course is offered to her by Mrs. Eaton (Ann Mitchell), her landlady who is the caregiver for her own infirm husband: "You know what real love is? It is wiping someone's arse . . . and letting them keep their dignity, so you can both go on."

The Deep Blue Sea is directed by Terence Davies (Distant Voices, Still Lives, The Long Day Closes) based on a 1952 play by Terrence Rattigan about a woman who is willing to throw everything she has away for the magic of sexual passion. Rachel Weisz carries the drama with her paradoxical portrait as Hester (a familiar from a great American novel); her attachment and independence are at war within her own soul.

Once again Davies takes us to the English pubs where men and woman pass the time by singing "You Belong to Me." The director's love of music is also showcased in the opening scenes of the film with a lengthy piece by Samuel Barber.

Special features on the DVD include a collector's booklet; an audio commentary; interviews with actors Rachel Weisz and Tom Hiddleston and director Terence Davies; Terence Davies' master class; and "TheLlook of The Deep Blue Sea." 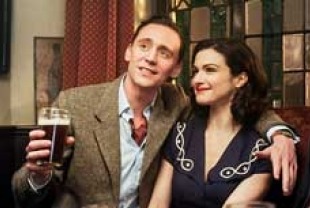 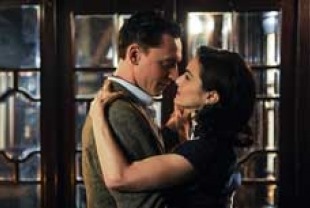 R – a scene of sexuality and nudity