Directed by Julie Gavras
A comedy about the changes and the challenges faced by a couple as they age.

Mary (Isabella Rossellini) is approaching 60 when she receives a wake-up call from her body via some memory lapses. After a scan of her brain to check for Alzheimer's, the doctor advises her to change her sedentary lifestyle and become more active. She immediately joins an aqua-exercise club. A retired teacher, she also begins searching for a place where she can make use of her skills in service to others.

Adam (William Hurt), her husband of many years, is an illustrious architect who has just won a lifetime achievement award for his work. He looks forward to a new project that will help him recapture the energy and enthusiasm of his youth. But his boss (Simon Callow) wants him to focus on a luxury retirement community project designed to be a model for the future, which Adam finds less than exciting. He taps into the rebel inside him and convinces a band of younger architects to secretly work with him on the design of a new museum.

On the London home front, Mary has modified the bathroom for elders and purchased a phone with large numbers for easy viewing. Adam is both bewildered and bothered by his wife's obsession to age-proof their home and so he starts sleeping at the office as a protest. Meanwhile, Mary, who is as stubborn as he is, visits a humanitarian aid organization and is horrified by the prejudiced view against elders espoused by the woman who gives her a tour of the place and describes the senior citizen volunteers as "adorable."

Mary's friend Charlotte (Joanna Lumley) works with a large and lively group of elderly women who call themselves the Gray Panthers. They are trying to change people's perception of the last stages of life so it's seen as an adventure and not a descent into inactivity, illness, and depression. The most vibrant elder that Mary knows is her feisty mother Nora (Doreen Mantle), who speaks her mind and isn't afraid of going against the current.

Late Bloomers is written and directed by Julie Gavras (Blame It on Fidel). As the Baby Boom Generation begins climbing the staircase of old age, there are sure to be more and more movies about the ways in which they choose to handle health challenges, mental deterioration, retirement, relationships, family ties, and the meaning of life.

So far, most of the films about people 60 or older have been comedies. That is the path Gavras has chosen and there are many bits and pieces in the drama that will be instantly recognizable and universally identifiable as signs of aging. The best of the lot is when Mary sits in a lobby surrounded by three men who pay no attention to her at all. For the first time in her life as a woman, she feels invisible. The second vignette that works is when she is offered a seat on a bus and declines.

Adam and Mary's three adult children are shocked by the split between their parents and decide to make a concerted effort to bring them back together. But not before each parent has had a sexual encounter with a younger person. It seems that in the area of sex, they are definitely late bloomers! 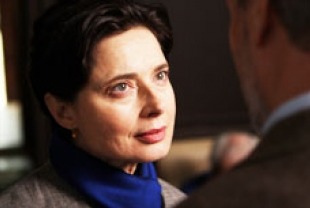 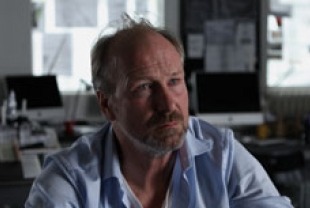 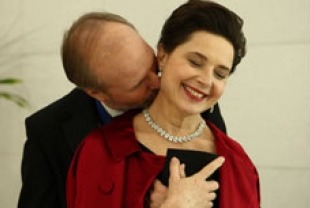 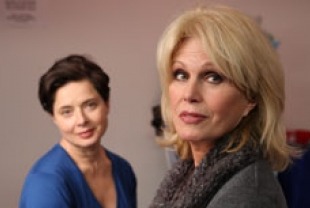