The Wild Parrots of Telegraph Hill

Directed by Judy Irving
Profile of a gentle, caring, and sensitive man who models for us the empathy and respect we should have for all animals large and small.

Mark Bittner lives rent-free in a cottage on the property of a wealthy couple. He came to San Francisco with dreams of being a rock musician and when that didn't work out, he lived on the streets of the city for a while. Then one day, he discovered his magical connection with wild parrots, specifically a flock of about four dozen of them in his neighborhood.

Bittner was surprised by the ease with which they accepted being fed by him. Of course, he does treat them like royalty. He has named them all and has stories to tell about some of them, such as the couple Sophie and Picasso; the male has nerve damage and must rely upon her. Mingus is an oddball parrot who can't handle being outside the cottage and loves to dance. Connor is the lone blue-crowned parrot in a community of cherry-headed conures.

When Bittner feeds these beautiful birds, people stop to watch and to ask questions about the parrots and his relationship with them. Bittner realizes that he knows quite a bit about these wild creatures and their habits. For instance, the red-headed parrots refuse to see Connor as a potential mate since he is of another species. Many of the birds are from Ecuador and Peru (or descended from those birds); they find the climate and the foliage to be similar in San Francisco. When one of their number is weak or sick, the other parrots stay away. But Bittner tries to care for the sick ones in his cottage.

Whereas a passerby calls this gentle man "St. Francis of Telegraph Hill," director Judy Irving sees him simply as a naturally kind and nurturing man whose empathy, love, and attentiveness have made him into a model for cross-species communication and sharing. He is also quite the philosopher, seeing himself as deeply connected with nature. At one point, he tells a story about the Buddhist master Suzuki Roshi from the Zen Center of San Francisco:

The Wild Parrots of Telegraph Hill should be screened in schools all over the world as an example of how we can show greater love and respect for all creatures large and small. Because we are all in the river together. 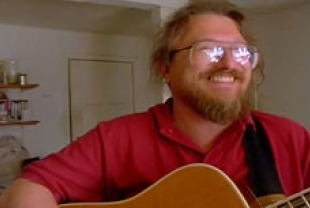 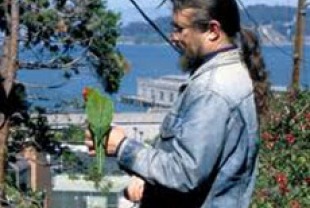 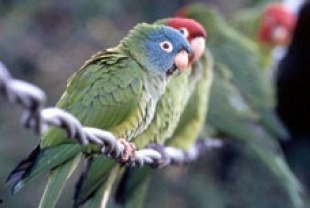 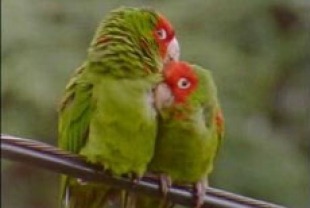 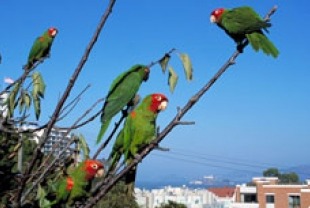