Directed by David Frankl
A funny and psychologically rich movie about the renewal of a burnt-out marriage through therapy and intimacy exercises.

Arnold (Tommy Lee Jones) and Kay (Meryl Streep) live in suburbia and have been married for 31 years. Their children have grown up and left home, and she is getting restless in the same old routine every day: cooking him a breakfast of bacon and one egg, which he eats while reading the newspaper. They do not talk except for saying good-bye as he walks out the door.

Arnold is an accountant who met Kay when he was teaching an economics class. He thought she was very pretty and beyond his league. Now they sleep in separate bedrooms and haven’t had sex for five years. Kay decides it is time for her to make a bold move and try to seduce Arnold. But when she enters his room, he guesses that she wants to have sex and turns her down with a lame excuse that his stomach is upset.

Wanting desperately to regain the earlier love and intimacy in their marriage, Kay purchases a book by Dr. Feld (Steve Carell) titled You Can Have the Marriage You Want. She then uses money from her own savings to reserve a week of intensive therapy at his clinic in Hope Springs, Maine. Confessing to Arnold that she wants a "real marriage again," she gives him a boarding pass and tells him she will be on the plane the next day. At first, he firmly rejects the idea of going with her on the grounds that it is a rip-off and a waste of time. But when he sees her leaving the house for the airport, he changes his mind and reluctantly joins her on the plane at the last moment.

David Frankel (The Devil Wears Prada), the director of Hope Springs has a knack for capturing and conveying the emotional moods of complex intimate relationships. The very funny and sensitive screenplay by Vanessa Taylor enables us to identify with Arnold and Kay as they face the realities of their burnt-out marriage. We also find ourselves sympathizing with Dr. Feld as he offers both caring and compassion in their therapy sessions.

The one thing that is clear from the outset is that despite their considerable problems and personal foibles, this middle-aged couple has never strayed and still remain committed and loyal to each other. But it is the little things that really bother Kay like her husband's obsession with watching golf on television and his refusal to give her personal gifts on holidays. For instance, their last anniversary gift was a cable television package. And not only does he not touch her, he never shares his feelings.

Dr. Feld is very patient with Arnold's angry outbursts about the high cost of the sessions and the insults he hurls at him. He insists they keep their conversations descriptive and positive. He also makes it clear that if they try the exercises he gives them, they will be able to reconnect with the intimacy they had earlier in their marriage.

Sociologist Jessie Bernard observed that "every marriage is two marriages: the man's marriage and the woman's." In this psychologically rich drama we see how couples can develop very different perceptions of what it means to be married and whether or not they are good at it. Hope Springs will speak poignantly to all married couples who see the value and importance of renewing their relationship and falling in love all over again.

This is one of the Best Films of 2012, thanks to the authentic and nuanced performances by Meryl Streep, Tommy Lee Jones, and Steve Carell. They prove that intimacy is a song of spirit that can be learned afresh again and again.

Special features on the DVD include: a gag reel; a gallery of alternate takes; "Inside the Perfect Movie Marriage": a Meryl Streep and Tommy Lee Jones featurette; and a commentary with director David Frankel. 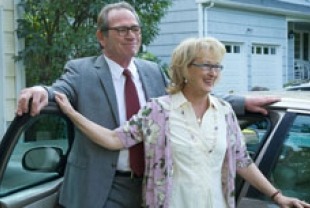 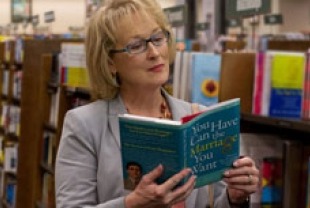 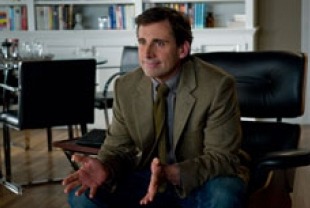 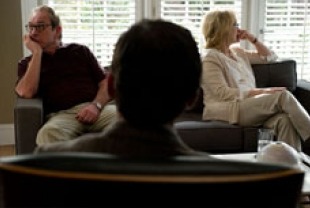 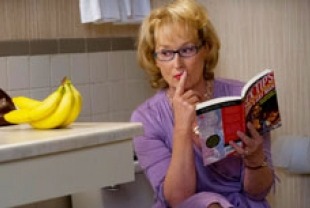