Directed by Rob Whitehair
A tribute to a wolf who was raised by a loving couple to become an ambassador for her species.

Bruce Weide and Pat Tucker, who live in Montana, take on the challenge of raising a wolf pup in 1991. They need plenty of patience and creativity to raise a wild animal who will not allow herself to be tamed or domesticized like a dog. They name her Koani and lavish her with love and attention.

Early on the couple realizes that being with other members of the pack is programmed into Koani's genes and so they bring in a "companion canine" as a big brother. Part of the onerous work in raising Koani involves two walks a day using a 50-foot leash as the curious wolf uses her keen senses to spot friends or enemies. The couple spend a lot of time sorting through butcher's waste to provide Koani with two pounds of raw meat a day or more than 1,000 pounds a year. Weide and Tucker also build a tunnel for her so that she will come into her "den," i.e. part of their house.

The veterinarian who takes care of Koani is amazed at the many ways this couple accommodate themselves to their wild companion. They take her to schools and town halls where she serves as "ambassador wolf" for children who have been raised in a culture where wolves have been portrayed as vicious and merciless killers that must be wiped off the face of the earth. When a teacher from one class allows Koani to lick her face, a palpable sense of shock ripples through the auditorium as the kids have one more myth shattered. In another encounter, Koani shows her playful side.

Tucker does not fare so well when she tries to bring her message to a wolf-hating crowd of cattlemen and hunters who seem to be in agreement with one of their number who cries out at the top of his lungs, "The only good wolf is a dead wolf!" Unfortunately, this viewpoint may be getting its way, as the war on wolves in the West is accelerating.

True Wolf, directed by Rob Whitehair, defies death and keeps Koani alive forever as a wonderful ambassador of her species. Hats off to Weide and Tucker for sharing their story of companionship and their spiritual practices of love, reverence and openness! Their witness is needed now more than ever. 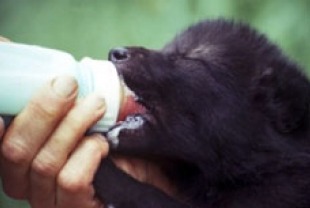 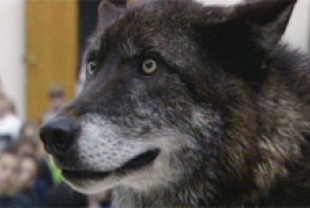 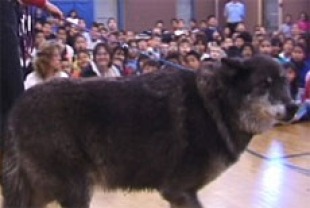 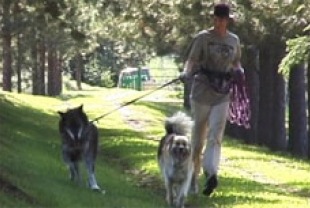 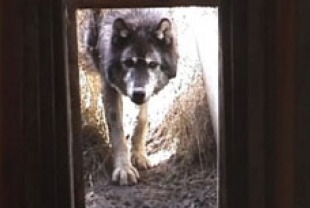 Praying the News: For and With the Wolves