Directed by Jennifer Baichwal
An earnest and edifying documentary on the philosophical and ethical ramifications of debt as something owed.

First of all, don't get anxious that this documentary will get you tangled up in the nearly incomprehensible language of derivatives, futures, and collateralized debt obligation. Instead, this National Film Board of Canada feature probes the idea of debt as explored in the poet, novelist and nonfiction writer Margaret Atwood's book Payback: Debt and The Shadow Side of Wealth. Writer and director Jennifer Baichwal has organized the material around sections of Atwood's 2008 Massey Lectures at Harvard.

Atwood is concerned about diverse and ethically complicated injustices which take place in this era of debt and are the source of human suffering, the growing inequality between the rich and the poor, the cruelty and lack of mercy in ancient codes, and the failure of the prison system which has given up on rehabilitation. In her lecture, Atwood draws out the audience's laughter when she says that no one ever describes the trickle-down theory of wealth reaching the poor as "a gushing waterfall." It is more often just "a leaking tap."

People have always dealt with the consequences of debt. The first section is set in Albania where a land dispute between neighbors led one man to seriously wound another. As a result the shooter and his family have been isolated from the rest of the community for seven years as a form of revenge taken from an ancient code of honor.

In America, a main cause of suffering is the corporate system of the free market where, as economist Raj Patel points out, "The freedom in the free markets isn't really about everyone, it's only the freedom of those with money." An example is the tomato growers in Florida who came under fire for exploiting farmworkers and treating them like slaves.

Corporate wrong-doing is revealed in a segment on the Gulf Oil disaster caused by British Petroleon (BP). We see once again the deceit and the arrogance of BP in their handling of the environment and the money owed to the people put out of work by their incompetence and chicanery.

In this earnest and edifying documentary debt is not money owed such as in The Merchant of Venice or Little Dorritt but is simply something that is owed. It can refer to the debt that criminals owe society or the ecological debt humans have accrued by ravaging the planet. Ecologist William Rees chimes in with his conclusion that capitalism has "run its course" and we can no longer bank on the earth providing an infinite supply of resources for us to expend. Religious scholar Karen Armstrong also provides a take on debt.

Special features on the DVD include a Q & A with Margaret Atwood and the director, additional scenes with Atwood and Jane Goodall, and the theatrical trailer. 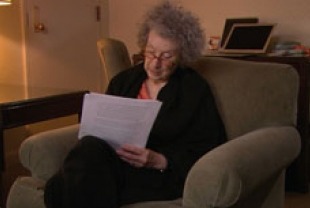 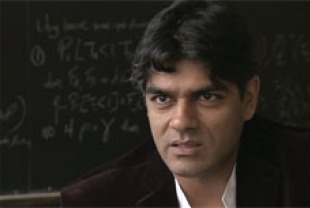 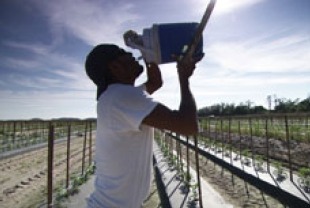 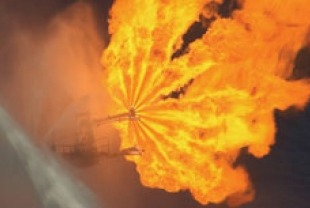