Directed by John Bush
Visually stunning documentary about the importance of sacred sites in Buddhism.

This is one of a trilogy of visually stunning films providing a "Journey into Buddhism" by writer and director John Bush called the Yatra Series. Yatra is the Sanskrit word for a sacred journey, and these films open our hearts and minds to the large role of sacred sites for Buddhists.

Dharma River focuses on sites in Laos, Thailand, and Burma. Bush begins the grand tour in Bangkok's canals and then takes us for a visit to the Royal Temple of the Emerald Buddha with its unusual mix of opulence and devotion. He tells the story of Buddha's life and the important role of the dharma.

In many temples, shrines, and pagodas we see people saying prayers and doing offerings. In addition to the astonishing visuals in this film, the regional music and chanting is very expressive. We were impressed with the ritual in one sacred place where string from a statue of Buddha is taken into the hands of the people surrounding it. This is meant to signify the dharma reaching out to all.The other two films in the Yatra Series are Prajna Earth and Vajra Sky Over Tibet.

Special Features on the DVD include music from the sacred traditions of South East Asia and an original harmonic chant score by David Hykes with The Harmonic Choir. You have the choice of viewing the film with surround sound mixed with narration or with a unique ambient sound mix without narration. You can also navigate moves through the scenes by destination, creating your own private itinerary. 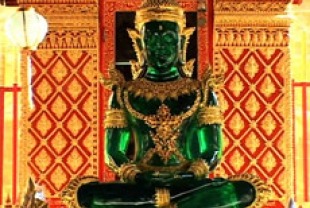 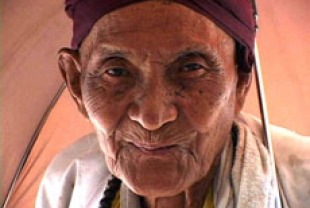 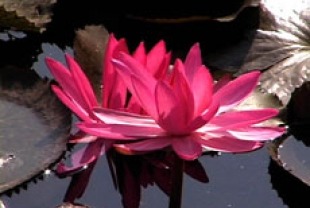 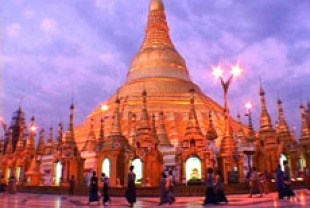