Directed by Antonio Mendez Esparza
A spiritual drama that puts two faces on Mexican poverty and makes it possible for us to see these characters as our kin rather than as strangers.

Today more than one billion people live in the slums of the Southern hemisphere; many are homeless, hungry, and without work. Others have found low-paying and back-breaking jobs that pay little and have no benefits. Many have crossed the border illegally into the United States taking the bottom-of-the-barrel work that no one else wants. And still, these mothers and fathers nurture dreams of a better and brighter future. Our hearts go out to all of these people trying against insurmountable odds to escape poverty.

Such is the case of Pedro (Pedro De los Santos) who has just returned home to the mountain village in Mexico where he lives with his wife Teresa (Teresa Ramirez Aguirre) and their two daughters Lorena (Lorena Guadalupe Pantaleon Vazquez) and Heidi (Heidi Laura Solano Espinoza). To make the money he needs for his family and for his dream of starting a band, Pedro has been away in America working menial jobs. His long absence has taken its toll on this family's dynamics: Teresa thinks he has been with other women and his two daughters do not warm up to him despite his efforts to draw closer to them.

When Teresa gets pregnant, Pedro rushes her to the hospital after she complains of severe pains in her stomach. The doctor orders him to purchase drugs since the hospital has run out of them. Then he is required to get eight units of blood overnight in order to save his wife's life and the baby girl who is in critical condition. This medical emergency eats away at their savings and Pedro is back on the streets looking for construction jobs. He is worn out and depressed about having to shelf once again the only passion in his life — the band.

Some students asked a rabbi how we know that night is over. One asked, "Is it when it is light enough that you can see an animal and tell whether it is a sheep or a goat?"

"Is it when you look in the distance and can distinguish a big tree from an olive tree?" suggested another.

"No," the rabbi answered, "We know the night has ended and the day has begun when we can look in the face of a stranger and recognize them as our brother or sister."

Here and There is written and directed by Antonio Mendez Esparza who deserves credit for reminding us how much suffering and pain is endured by good people like Pedro and Teresa. The wear and tear of poverty has taken the air out of their hopes, physical vigor, and mental rigor.

This meditative film has shown us that we can look into the face of poor people and see them as brothers and sisters. The dark night will end when we eradicate poverty that keeps affecting more and more people so that in the end they are invisible to us. As we find ourselves Let's hope and pray that we will have more opportunities to see our brothers and sisters in the light of day. As we have seen and empathized with Pedro and Teresa. 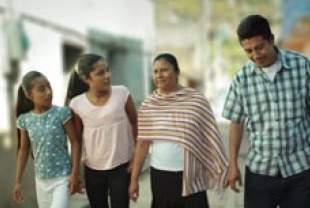 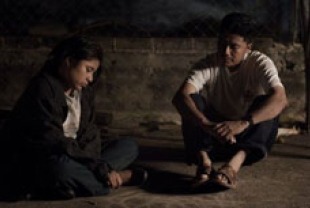 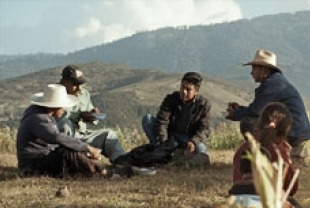 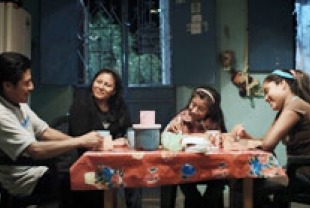