Directed by Roger Michell
A witty dramady revolving around FDR and bubbling over with witty lines, colorful characters, and a hot dog picnic.

In June of 1939, President Franklin Delano Roosevelt (Bill Murray) needs a distraction from the pressures of the day and a World War on the horizon. He decides to have a visit with Margaret "Daisy" Suckley (Laura Linney), his sixth cousin whom he hasn't seen for years. When she arrives at the Roosevelt family estate in Hyde Park, New York, this soft-spoken and shy spinster doesn't know what to expect. The President tries to wow her with his international stamp collection. It is only later when FDR takes Daisy for a ride in his specially modified car to a field of flowers that she is called upon to provide him with what he wants sexually. In her diary, this woman, who remains both baffled and invigorated by the event, writes, "I helped him forget the weight of the world."

The President depends on three women during the preparations for a visit by English King George VI (Samuel West) and his wife Queen Elizabeth (Olivia Colman) to discuss possible American support in a war against Germany. FDR's wife Eleanor (Olivia Williams) lives in her own world yet supports him in his political concerns. In a joking manner, FDR refers to the women gathered around her as "she-men." FDR's mother (Elizabeth Wilson) dominates him and has very definite views on the ways things should be done. The third strong woman is Missy (Elizabeth Marvel), his secretary and possible lover.

Roger Michell (Persuasion, Notting Hill, Changing Lanes, and Venus) directs this sassy drama based on a screenplay by Richard Nelson (Ethan Frome). The film really takes off as a comedy with the critical reactions of the Royal Couple to a painting in their room and their prudish responses to the extra-curricular activities of FDR involving various women. The Queen is shocked when Eleanor asks whether or not she can just call her Elizabeth. And when she hears that the festivities at Hyde Park will include a picnic with hot dogs and some music and dancing by Native Americans, she almost passes out.

In a late night chat in private with the President, Bertie (made accessible to all the world in The King's Speech) is bowled over when FDR commends him and tells him not to worry what people think. This is a very emotionally rich scene which vividly conveys the kindness and generosity of FDR.

Hyde Park on Hudson feels like a breath of fresh air in the long line of films about U.S. Presidents. Its portrait of a very human leader bubbles over with wit and delightful characters.

Special features on the DVD include deleted scenes; a look inside Hyde Park on Hudson; First days; and a feature commentary with director Roger Michell and producer Kevin Loader. 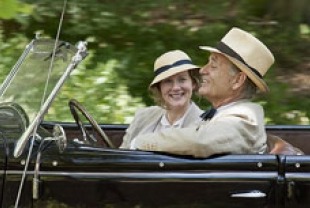 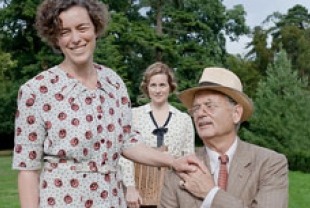 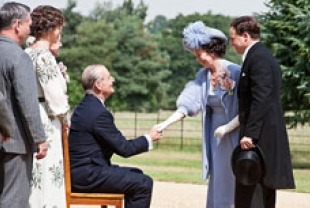