Directed by Ben Affleck
A gripping political thriller about the 1979 rescue of six American diplomats trapped in Iran.

This gripping political thriller begins with a historical prologue which chronicles the United States CIA's support of the Shah of Iran, who was overthrown and exiled during the Iranian revolution in 1979 and was admitted to the U. S. for cancer treatment. The power in Iran shifted to a religious leader, the Ayatollah Khomeini, and his fundamentalist Islamic supporters. The opening scenes of the film depict the violent anti-American demonstrations demanding that the Shah be returned to Iran to face trial. The U.S. embassy is surrounded by a loud and hostile crowd that eventually storms the building. Inside, the frantic and frightened staff try to destroy all files and classified information.

In the chaos, six Americans manage to escape through a back door and find refuge in the residence of the Canadian ambassador where they remain in secret for months awaiting rescue. If discovered, they face execution by Iranian militants who have taken 52 hostages from the U.S. embassy.

Jack O'Donnell (Bryan Cranston) of the CIA calls upon agent Tony Mendez (Ben Affleck) to come up with a plan to rescue the six Americans. After hearing the lame ideas proposed by the State Department and others in the CIA, he comes up with the idea of getting the Americans out by having them pose as a Canadian film crew scouting locations for a science fiction film. He will act as the producer, but to make the plan work, he has to put together a Hollywood office for the film, get a script and story boards, and have the production mentioned in the Hollywood press.

Argo is directed by Ben Affleck with a sharp-edged screenplay by Chris Terrio based on a declassified true story. The tension of this political drama is relieved by the antic humor of John Goodman playing a Hollywood make-up artist and Alan Arkin as a veteran producer selected by Mendez to sell and then put into action the sci-fi deception. At one point, Arkin's character quips: "We had suicide missions in the Army that had better odds than this."

Affleck does a commendable job with the emotional escape sequence and vividly conveys the media coverage of the Iran hostage crisis. During the credits, there is a voice-over clip of Jimmy Carter, who was President at the time of this event, on the secrecy of the mission, along with pictures of the real people.

While the ideal of international cooperation is heralded in the film — in this case, between the United States and Canada — the story leaves us with a sad reminder of the prevalence of "us versus them" situations in world politics. It resurrects images of angry militants screaming into the camera that reinforce negative perceptions of the Iranian people. In our time of mixed views of and messages from Iran, we want to keep this story in perspective. It's about one event, not a full picture of the attitudes in Iran at the time or in our time.

Special features on the Blu-ray/DVD combo include: a Picture-in-Picture: Eyewitness Account; The chaos of revolutionary Iran comes to life with survivors' stories; Rescued from Tehran: We Were There; President Jimmy Carter, Tony Mendez, and the actual houseguests recount the real-life harrowing experiences they endured; Argo: Absolute Authenticity; Ben Affleck explains how he re-created the world of the 1979 Iran Hostage Crisis; Argo: The CIA and Hollywood Connection; Former CIA agent Tony Mendez and director Ben Affleck expose the secrets behind the phony movie that had all of Hollywood believing; Escape from Iran: The Hollywood Option; Go inside the Canadian Government for a riveting look at the risks the Canadians took to shelter their closest neighbors; and a feature-length commentary with director Ben Affleck and writer Chris Terrio. 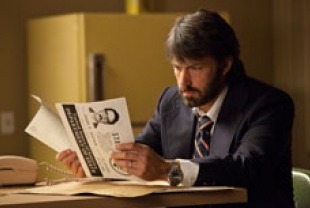 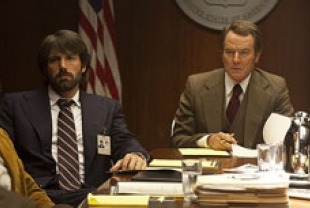 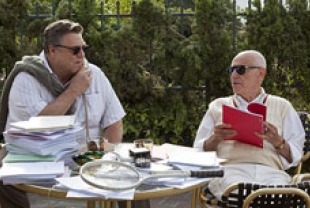 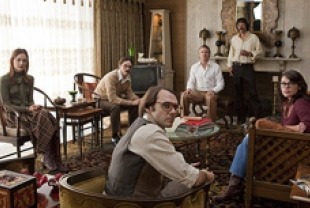