Directed by Ben Lewin
A brave and bold movie that explores new territory in sexuality and spirituality.

The Sessions is a brave and bold movie that explores new territory in sexuality and spirituality. Written and directed by Ben Lewin, it is based on an essay "On Seeing a Sex Surrogate" by the late Mark O'Brien, a poet and physically disabled journalist.

This landmark film explores new territory in the connections between sexuality and spirituality in its portrait of Mark O'Brien's reliance on the counsel of Father Brendan, one of the most appealing Catholic priests to appear in a film for a long time. He is a deep listener and a Zen-like master of being present. Both Mark and Father Brendan have a sense of humor that is key to a rich spiritual life.

Cheryl, the sex surrogate, is a gentle woman who becomes Mark's spiritual guide and teacher into the wonderful world of physical pleasure and orgasmic ecstasy. Her playful and optimistic approach relaxes Mark and enables him to experience new sensations. And just like Mark and Father Brendan, Cheryl is on her own spiritual journey as a convert to Judaism who samples the cleansing bath.

Our review of The Sessions contains materials (quotations, excerpts, and related content) suggested by the three main characters and the major theme of sexuality and spirituality.

It is 1988 and Mark O'Brien (John Hawkes) is, at 38, worried that time is running out on him for losing his virginity. Of course, when we look at his extraordinary life and what he has already accomplished through perseverance, patience and will-power, we are awed.

Mark was afflicted with polio at the age of six and has been dependent on artificial respiration through an iron lung for all but a few hours each day. His caring and courageous parents looked after him at home instead of putting him in a nursing home. Driven to succeed, he attended college, moving around on a self-propelled gurney. After graduation, he became a journalist and poet, using a long stick in his mouth to type on a computer.

Although Mark is both smart and articulate, he doesn't know much about being intimate with a woman. He is very attracted to Amanda (Annika Marks), a beautiful young woman who serves for a time as one of his caregivers. He flirts with her and she feels very close and connected to him. But his spontaneous marriage proposal compels her to leave; she'd already told him that she had a boyfriend.

"Christians, it seems, stole the fire of Bacchus. Dionysian revels turned into rites of pious worship. You can't get excited unless you are involved in something and sexuality is the most deeply revered doctrine of faith, involving apprehensions that reason is incapable of solving."

Mark is a Catholic and finds himself drawn to Father Brendan (William H. Macy) who listens to his confession of guilt over his rampant sexual desires. The poet and writer finds another wonderful caregiver in Vera (Moon Bloodgood), a no-nonsense young woman who is unfazed by his talking about his sexual needs.

"For many people, sex is brief moments when everything is okay with the world, even if it isn't. It's escape from the pain and suffering and brokenness of life. It's a short time when all is right, even if lots of things around us are falling apart.

"In Revelation, God announces, 'I am making everything new!' Isn't that the longing of every embrace, every act of love, sex itself? To start again, to give yourself away, again, to try again for hope and healing and restoration?"

Mark is excited when he is assigned to write an article on the sex lives of the disabled, but finds he doesn't have much in common with his subjects. He describes the experience as being "like an anthropologist interviewing head hunters" and continues to worry that he is getting close to his sexual "use by" date.

A therapist suggests that he see a sex surrogate. After consulting with Father Brendan, he meets with Cheryl (Helen Hunt). She's a cheerful and attractive married woman who is open and caring with Mark, always treating him with complete respect.

Mark is very pleased with his progress toward losing his virginity as they engage in body awareness exercises and move slowly through various physical ministrations. The sessions have a positive cumulative effect on Mark whose confidence in this arena and in other parts of his life takes a quantum leap forward.

One Source for the Christian
Tradition of Hating Sex

"The writings of Augustine have shaped most of the Christian view of sex that permeated the culture in which I was born. Sex, after Augustine became something unfortunate, best not discussed. Sex was liable to lead one further and further away from God, into the world's corruption. Since early Chrstian times, monks have castrated and even killed themselves to avoid the temptation of sex, seeing suicide as a surer route to heave than desire."

— Sallie Tisdale in Talk Dirty to Me

Zen and the Art of
Seeing Sex Everywhere

Although many religious authorities and institutions have desperately tried to separate spirituality and sexuality, there have always been poets, prophets, and seers who insist that the two belong together. In a pensive book The Red Thread of Passion, a blend of memoir, journalism, and literature criticism, David Guy notes: "Anything you do with your deepest energy is a sexual act. It is a matter not of looking for new places to find sex but of seeing that sex is everywhere."

Guy admits that he has learned more about eros on a meditation cushion than he ever did in a whorehouse. He finds in the poet Walt Whitman a deep appreciation for the sacred body and an ability to eroticize his relationship with the natural world. He pays tribute to D. H. Lawrence who enabled us to see that "sex is sacred because it opens us to the energy behind all life." He also includes commentary on the writings of Alan Watts.

Father Brendan is one of the most sensitive, funny, and wise Catholic priests to grace the movie theater screen in many a moon. He appreciates Mark's wit and acknowledges his desires as he listens to his story about Amanda and his sexual yearnings. Asked what he thinks about the sex surrogate idea, instead of preaching to Mark bits of Catholic theology, he gives the surprising reply, "In my heart I feel [God] will give you a pass on this . . . Go for it." What a change from the old hellfire and brimstone lecture on sex outside of marriage!

The Sexuality of Jesus

"We have a strong tendency to think of sex as emanating from the sex organs or from the purely physical body, but Jesus demonstrates a quite different notion — sexuality rooted in compassion and in the capacity for friendship. It is a more broadly defined but no less sensuous sexuality, in which love and pleasure are joined integrally. There is no need to import affection to what is thought to be a plain physical expression or to justify sex with love. In the sexuality of Jesus physical life and compassion are two sides of a coin. In him we find that the heart is the organ of sex, as surely and effectively as any other private part."

— Thomas Moore in The Soul of Sex

In his meetings with Mark, Father Brendan models Jesus's openness to outsiders and his love for those who are baffled by life's contradictions. He asks the right questions and does not need to have a "right" answer. Best of all, Father Brendan sees Mark for who he really is — a fellow explorer of "love as a journey."

Cheryl is a wife and mother who takes her job as a sex surrogate very seriously. She can only do that because of her playful and compassionate personality. Upon meeting Mark, she explains the difference between a prostitute and a sex surrogate: the first relies on repeated business and the other limits her sessions to six.

"In our culture, men are conditioned to act as sexual initiators. In contrast, Tantra recommends that, in general, women should preside over the ritual of lovemaking, and that men should honor women as their sexual guides and teachers," writes Jalaja Bonheim in Aphrodite's Daughters. The author, a private practice counselor, believes that sexuality, spirituality, and creativity all come from the soul. In ancient India, temple dancers were priestesses whose libidinal energies were held to be sacred. They helped men see how lovemaking can lead to states of bliss and communion with the divine.

Rest in the Female Orgasm

"In sexual tantra, it is understood that most of our standard sexual conventions must stand on their heads. The male partner is encouraged to admit his dependence upon his lover, to continually subordinate his need to dominate or control, and to develop a reverent attitude toward the woman's unfathomable arousal. "Her lap is the sacrificial altar," reads one secret text, "her hair, the sacrificial grass." Meanwhile, lovers are taught to breathe their genital feelings upward, dispersing them throughout body and mind instead of localizing them in the genitals. The intertwined couple are taught to spin a mandala palace of great bliss between them, like spiders spinning a web.

"In the culmination of practice, the man is urged to absorb the female sexual secretion in orgasm. Completely reversing the usual state of affairs in which the man ejaculates into the woman, the lovers are taught to do something different, to rest instead in the female response. No longer responsible for "giving" his partner an orgasm, the man simply becomes part of it. While turning his own organs and fluids into offerings, the man is encouraged to receive the mysterious female essence as the culmination of the sexual act."

— Mark Epstein in Open to Desire

Mark is nervous but pleased when Cheryl takes control, undresses, and gets in bed with him. She puts his hand on her breast and says, "If you touch one, you have to touch the other. That's the rule." But when she sits on his face, his excitement and surprise cause him to gasp for air and reach for his breathing tube.

Cheryl likes her new client, especially his sense of humor, and is very relaxed with him. She admires his commitment to achieving full penetration and mutual orgasm. Her use of sensate touch with verbal feedback works wonders on Mark as a prelude to what he has been yearning for over the years and not thought within his grasp. Like a rain-maker, Cheryl brings both refreshment and renewal to Mark's life.

Sex as the Song of Life

"Our sexuality, like our breathing and thinking and doing, wells up in the inexhaustible Mystery of existence. And as we begin to feel that Mystery, our spiritual heart burgeons and our body starts to sing. The song that wells forth in our sexuality is as beautiful as it is ancient. It is the song of Life itself."

— Georg Feuerstein in A Little Book of Love

Special features on the DVD include "John Hawkes becomes Mark O'Brien"; "Helen Hunt as the Sex Surrogate"; "The Women Who Loved Mark O'Brien"; and closed captions. 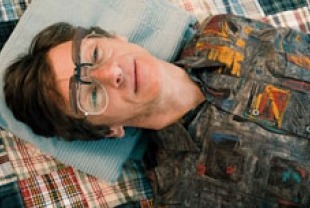 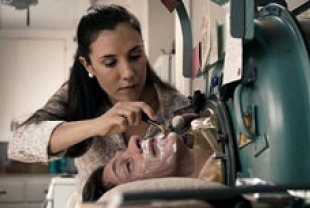 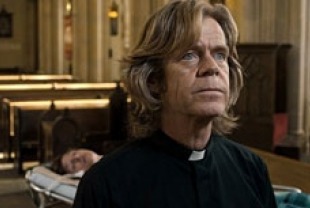 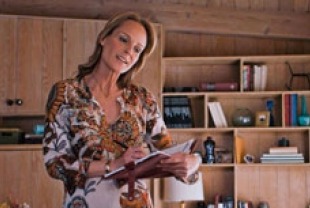 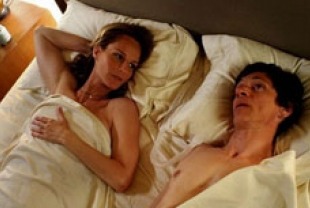 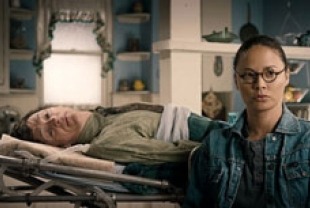 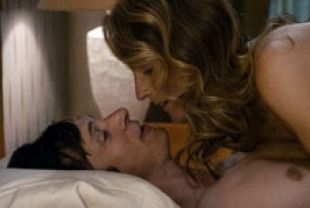 The Art of Sexual Magic by Margot Anand (audio)

Passionate Hearts: The Poetry of Sexual Love by Wendy Maltz