Directed by Steven Spielberg
A very special historical drama about Lincoln's leadership skills during the tense times of civil war and racial enmity.

Dressed in black, wearing a stovepipe hat, there he is, the President and leader of the Union during the Civil War. This tall man's shoulders are hunched, no doubt, from the many burdens he had to bear during those violent and chaotic times.

Abraham Lincoln is one of the most revered presidents of the United States; he served from 1861 to 1865, when he was assassinated. A lawyer by trade, he caught the eyes of political leaders of the Republican Party in a series of debates with Stephen A. Douglas, his rival for a seat in the Senate. The Civil War broke out the month after his inauguration as President.

Steven Spielberg directs this poignant drama which covers the final four months of Lincoln's life. The impressive depiction of the political relationships between the executive and legislative branches of government is one of the many special dimensions of this ambitious film. It has been adapted by screenplay writer Tony Kushner from Doris Kearns Goodwin's book Team of Rivals: The Political Genius of Abraham Lincoln. She saw him as a smart and wise agent of change whose leadership abilities enabled him to convince key players from the complete spectrum of both parties to support his agenda.

Daniel Day-Lewis puts in a stellar performance as the besieged and exhausted Lincoln. He is supported by an ensemble cast who create equally impressive character portraits. David Strathairn is convincing as Secretary of State William Seward,the President's right hand man, who initiates some behind-the-scenes maneuvers to insure the passage in the House of Representatives the 13th amendment which would abolish slavery. The Senate had already approved it. The success of this venture depends upon the cooperation of Thaddeus Stevens (Tommy Lee Jones), a radical Republican whose ire against slavery often played into the hands of the bigoted Democrats.

Lincoln's burdens not only come from this heated political battle but also from familial problems. His wife Mary (Sally Field) has a history of taking her grief, anger, and disappointments with life out on her husband. She disapproves of his closeness to their young son Tad (Gulliver McGrath) and his conflicts with their oldest son Robert (Joseph Gordon-Levitt) who has dropped out of college to enlist in the army.

As an antidote to these strains, the President relies on storytelling. He regales all who will listen with his entertaining anecdotes from history and his experiences. Not everyone is taken with these folksy tales: one member of the cabinet storms out of the room muttering how little he can abide another story.

At one point Lincoln loses his temper with the inability of his cabinet and advisors to summon the required passion and enthusiasm to pass the 13th amendment. He is more than willing to step into the fray, knowing his legacy depends upon getting the amendment done before the end of the Civil War.

Thanks to Spielberg's skillful direction and Kushner's masterful screenplay, we find ourselves drawn into the political maneuvers of the times. We can't help by notice how fears and prejudices permeate the debate over the amendment even as they seep into the halls of Congress today. It's fascinating to see what it really took to secure Lincoln's legacy as the "Great Emancipator." Today's politicians would do well to emulate his vision and tenacity in confronting the injustices, slavery, and poverty of our time.

Special features on the two-disc Blue-ray/DVD include: on Disc 1 - Blu-ray feature film plus bonus; the journey to Lincoln - Steven Spielberg and his collaborators discuss the challenges and excitement of bringing this story of a complex and very human president to the screen; a historical tapestry: Richmond, Virginia - Steven Spielberg and team discuss the historical significance of Richmond and why they chose to shoot the film there; and on Disc 2 - DVD feature film plus bonus; and the journey to Lincoln. 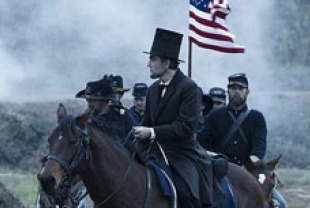 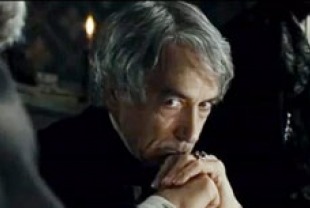 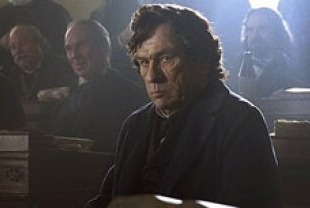 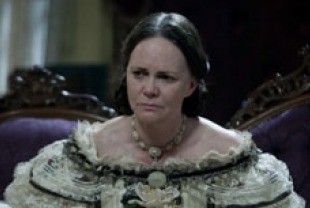 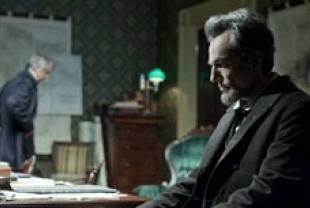