Directed by Bill Condon
A satisfying end to the journey of Edward and Bella that sums up all the lessons we've learned from them.

The Twilight Saga comes to an end with this movie based on the second half of the final book in Stephenie Meyer's mega-bestselling series. When we last left these characters, Bella (Kristen Stewart), a human, has married her first and only love, Edward (Robert Pattinson), a vampire. They have planned for her to be transformed into a vampire, but not until after the honeymoon. When Bella discovers she is pregnant, they have to make a tough choice. She must deliver the child while still human but he fears it will kill her. Immediately after the birth, Edward changes her into a vampire.

Breaking Dawn, Part 2 opens as Bella sees the world through new eyes. All her senses, in fact, are heightened, and she discovers wonders all around her. "I was made to be a vampire," she declares, as she flexes her new powers. She is no longer the moody and vulnerable youth of the first movies; now she's a strong, speedy, and resourceful vampire. Running through the woods with gay abandon and leaping over chasms, she experiences the exhilaration of speed and prowess. Hunting for the first time, she demonstrates amazing self-control when she picks up the scent of a human rock climber and turns instead to feed on a mountain lion. This is not the first time in the story that Edward will be very impressed.

Bella's new status delights her vampire family, the Cullens headed by Carlisle (Peter Facinelli) and Esme (Elizabeth Reaser). She learns that her sister-in-law Alice (Ashley Greene) has stocked her closet, while Rosalie (Nikki Reed) has been taking care of her baby, Renesmee (Mackenzie Foy). Challenged to an arm-wrestling match by her very muscular brother-in-law Emmett (Kellan Lutz), Bella surprises everyone by overpowering him with her incredible "newborn" strength.

After Jacob (Taylor Lautner), Bella's best friend who can shapeshift into a werewolf, tells her father Charlie (Billy Burke) that she is back, she has to learn how to act like a human to hide her vampire identity from him; any human knowing about her will be targeted by the vampire authorities, the Volturi. So Bella practices moving slowly, blinking, and slouching. They tell Charlie they have adopted Renesmee, and he chooses to ignore the fact that the child is growing so rapidly. Jacob, meanwhile, has imprinted on Renesmee as his soul-mate and is very protective of her.

This happy coexistence of the vampires, humans, and werewolves is threatened when Alice, who has the gift of seeing the future, announces that an army of the Volturi are coming for them. Aro (Michael Sheen), the imperious head of this Italy-based guard, has been told that the Cullens have broken the vampire law by creating an "immortal child."

Edward realizes that they might be able to ward off a battle by taking Renesmee on the road and gathering vampire witnesses willing to testify that she is half-mortal, born not bitten. The child is gifted with the ability to share her memories with others through telepathy, and soon an assortment of vampires from around the world are ready to stand with the Cullens. Still, fearing that a confrontation will be inevitable, they all practice their special skills — manipulating the elements, giving electric shocks, blinding others. Bella discovers that her gift is to be able to throw out an energetic "shield" around her loved ones. It and more are needed in the rousing, and surprising, ending.

Breaking Dawn, Part 2 leaves us both satisfied and gratified to have journeyed with Bella and Edward through four books and five movies. They have incarnated for us the universal yearning that animates romantic and passionate love. They have given us a glimpse of how to build an intimate relationship between a man and a woman from two very different worlds. They have shown us how even the most committed couples must weather challenges to their relationship and make difficult choices about their future. They have demonstrated the value of family bonds and the blessings of deep friendships. And Bella, the central character through it all, has shown us the path of growth. Beginning as an insecure loner, she matures into a determined young woman, confident in her choices, and finally to a wife and mother who knows her strength and freely uses her gifts.

Special features on the DVD include behind the scene in a 7-part making-of documentary; director's commentary 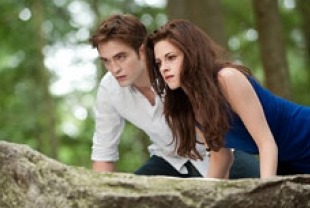 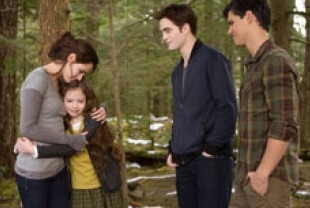 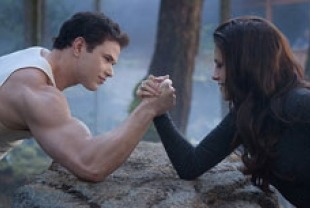 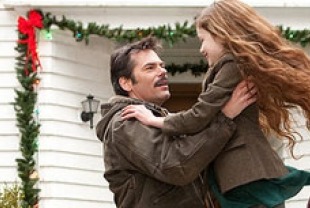 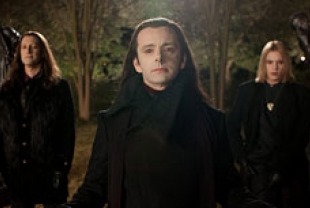 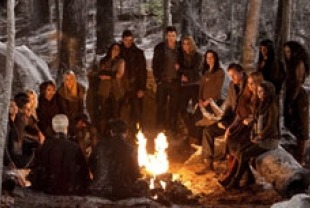 The Gospel According to Twilight: Women, Sex, and God by Elaine A. Heath