Directed by David O. Russell
A healing and hopeful dramady about friendship. love, family, and optimism that is one of the Best Films of 2012.

The Mayo Clinic has defined optimism as "the belief that good things will happen to you and that negative events are temporary setbacks to be overcome." People used to criticize believers in the power of positive thinking as "pie-in-the-sky dreamers." Now research has shown that optimists are the ones who can best deal with real life. Those who look on the bright side of things have the resiliency to survive defeats and disappointments. Under stress, they dig in their heels in order to fulfill their dreams and high aspirations. Optimism is a raft to cling to until the storm subsides. In contrast, believers in "anything that can go wrong, will go wrong" often get crushed by their own negativity.

David O. Russell has made an extraordinary movie out of Matthew Quick's 2008 novel about a young man with bi-polar disease who is an optimist floundering around in a sea of troubles. He is a believer in silver linings; his mantra is "excelsior," the Latin word for "ever upward." As he struggles to stay balanced, we cheer him on with a firm belief that he can step off the emotional rollercoaster he is on and put things right. Russell infuses this romantic dramady with just the right mixture of wit, humor, edgy insights, and unexpected changes. It also boasts the same kind of creative energy evident in the director's previous films: The Fighter, I Heart Huckabees, Three Kings, and Flirting with Disaster.

Pat Solitano (Bradley Cooper) is a former high school teacher who flipped out and became violent after discovering his wife Nikki (Brea Bee) in the shower with another man. He has just been released from a Baltimore psych ward where he spent eight months. There he found a friend in another patient Danny (Chris Tucker). His loving and long-suffering mother Dolores (Jacki Weaver) drives him home where his father, Pat Sr. (Robert De Niro), is a bookie who is an obsessive fan of the Philadelphia Eagles; he's been banned from the stadium for beating up others who don't share his views. Pat Sr. has some doubts about his son's recovery. When Pat wakes them up in the middle of the night with a rant against the depressing ending of Ernest Hemingway's novel A Farewell to Arms, his parents realize he is very unstable.

At his therapist's office, Pat loses it in the waiting room when he hears the song played at his wedding to Nikki. Dr. Patel (Anupam Kher) has diagnosed him as suffering from bi-polar disorder and wants him to return to his meds. Pat thinks he can get better through exercise and positive thinking. He's determined to get back together with Nikki, despite the fact that she has taken out a restraining order and he can't get within 500 feet of her.

In the midst of the chaos rising up within him, Pat strikes up an unlikely friendship with Tiffany (Jennifer Lawrence). At a dinner party at her sister's house, they discover they have a lot in common when they talk about the effects of various medications. She's been battling depression since her husband was hit by a car and killed. She's admits to having sex with everybody in her office as a coping and numbing strategy. She calls herself "the crazy slut with the dead husband."

Although at times she seems far crazier than Pat, she becomes the angel of his transformation. Tiffany agrees to deliver a message to Nikki for him if he will be her dance partner in a local contest. During their practice sessions, she holds him to his commitments, proving to be a subtle but strong caregiver. Despite her tough exterior, she, too, is an optimist. She even helps Pat and his father work through their conflicts.

It is not easy to make a funny, credible, and meaningful movie about two damaged souls who reach out in the darkness of depression and discover in each other something more precious than they ever expected. Three cheers for writer and director David O. Russell and the astonishing acting by Bradley Cooper and Jennifer Lawrence who both give Academy-Award-caliber performances. Silver Linings Playbook is one of the Most Spiritually Literate Films of 2012!

Special features on the two-disc combo Blu-Ray/DVD include deleted scenes, "The Movie that Became a Movement"; "Dance Rehearsal"; Going Steadicam with Bradley Cooper, and more. 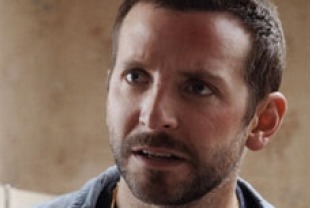 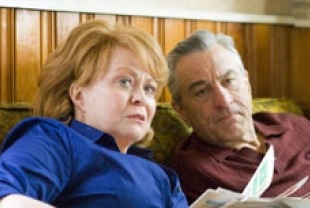 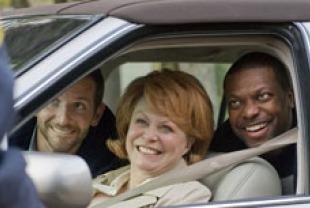 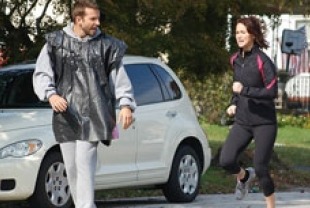 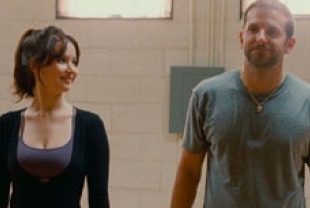