Directed by Angad Singh Bhalla
A compelling and enlightening documentary about the important role creativity can play in the pursuit of justice and in the spread of compassion.

Herman's House was broadcast on PBS as part of the POV documentary series.

There are 2.3 million people in prison or jail in the United States. Over 80,000 of them are in solitary confinement.

Solitary Watch calls this form of imprisonment one of the United States' most pressing human rights issues, and also one of the most invisible. The latter will hopefully change as a result of this creative and heart-affecting documentary by Canadian filmmaker Angad Singh Bhalla.

Bhalla focuses his lens on the story of Herman Wallace, who has served more time in solitary confinement than anyone else in U.S. history — 40 years in the notorious Angola prison in Louisiana. Jackie Sumell, an artist, befriended Herman and created an amazing art project to raise public awareness about his case and his cruel and, unfortunately, not unusual punishment.

Wallace was sent to the penitentiary for robbing a bank to serve a 25-year sentence. It did not help his prospects that he was a Black Panther in the early 1970s and became known as one of the "Angola 3," prisoners who spoke out against inhumane conditions and racial injustice. He was then accused of murdering a corrections officer and was thrown into solitary confinement; a 6-by-9 foot cell. Many believed he was wrongly accused because of his political activities.

In 2001, after learning about Wallace's plight, Jackie uses her outrage at his situation to create a wooden replica of Wallace's cell for an art gallery installation. The artist then asks Wallace to share his ideas of what his "dream home" would be. It is her compassionate way of helping him escape from the confines of his cell and break out of the oppressive system that has tried for so many years to break his spirit.

Although Wallace never appears on camera, we gather a vivid sense of his wisdom, patience, courage, equanimity, and positive outlook from phone conversations with Sumell. When a scale model of Herman's house is completed, the artist invites his sister to attend the opening of the exhibit at an art gallery. Sumell then moves on to the difficult part of her project: raising funds and finding property in New Orleans on which to build Herman's dream house.

Along the way, filmmaker Bhalla provides an up-close and personal portrait of this artist who grew up in a dysfunctional family with a violent father. We begin to understand the will power and determination that lie behind her project after learning that she was the first girl to play competitive tackle football in Long Island and has made some out-of-the box contributions to the pro-choice movement. The artist says, "The best activism is equal parts of anger and love."

Herman's House is an important and inspiring documentary for all those who are concerned about the injustice of solitary confinement and the lock-em-up-and-throw-away-the-key attitude so prevalent in the American prison system. Equally relevant is English poet Percy Shelley's vision: "The great instrument of moral good is imagination." We often forget that there are creative and imaginative ways of bringing about change and transformation in our communities and society at large. Herman's House, both the art project and the documentary, do just that with boldness and integrity! 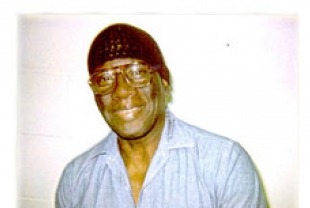 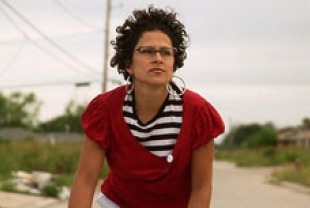 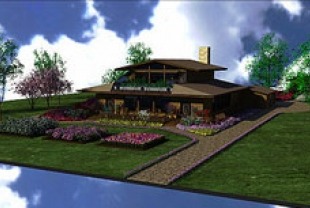 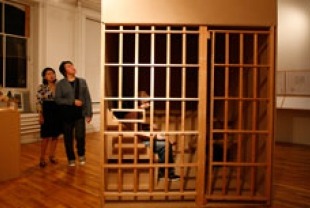