The Kings of Summer

Directed by Jordan Vogt-Roberts
A rebellious and creative Ohio teenager tries to forge his own passage from adolescence into manhood in the woods with two buddies.

Indigenous communities have rituals of passage to usher a boy into manhood. But in most modern societies, there are no spiritual rituals for "coming of age" and teenagers are left on their own to mark this transition. Equally disconcerting is the fact that the fathers of these adolescents often act more like boys than bearers of wisdom. Or even worse, they incarnate the old vision of manhood based on aggressiveness, strength, and competition. Several of these themes form the core of writer and director Jordan Vogt-Roberts debut feature film.

Joe Toy (Nick Robinson) is a rebellious and creative adolescent who lives with his widowed father Frank (Nick Offerman) in a small Ohio town. He cannot abide his father's controlling nature, his grumpiness, and his irritating sarcasm. One day while walking through a forest, Joe discovers a clearing that seems to be the perfect place to build a retreat from his home which has become like a prison for him. His more straight-arrow buddy Patrick (Gabriel Basso) at first balks at the idea of leaving behind his kooky parents (Megan Mullally and Marc Evan Jackson) but then changes his mind and joins Joe in the woods. The third member of their little group is Biaggio (Moises Arias) who looks and talks like a mini-version of Spock from Star Trek.

Using scraps of wood and other throw-away materials, the boys construct a wood cabin. They are quite proud of themselves. Joe reminds them that they are now in the process of leaving childhood behind and becoming men. They grow facial hair and unsuccessfully try to catch their own food. Luckily, they happen upon a Boston Market nearby and feast on chicken. So much for the nobility of their back-to-nature project.

When Kelly (Erin Moriarty), a pretty classmate of Joe's stops by with a few friends, he hopes to establish a romantic relationship with her. Instead she is attracted to Patrick and the two friends fall into the folly of a feud.

The Kings of Summer begins with a scene of Joe and Patrick banging out a tribal dance beat on a pipe with Biaggio improvising his own wild dance number. This perfectly conveys the spark and the spunk of Joe's escape from reality. During his time in the woods, Joe derives deep satisfaction from solitude and, in a dramatic turn of events near the end of the film, he demonstrates courage in the face of danger. He also experiences quite a number of mystical moments when he is truly alive to the world around him.

Joe's passage into manhood is completed only when he returns home after being gone for a month and is surprised by some changes in his father whose heart has softened during his son's absence. Joe is born a male but learns how to become a man on his own.

Special features on the DVD include cast and crew commentary and on-set interview with Alison Brie & Eugene Cordero. 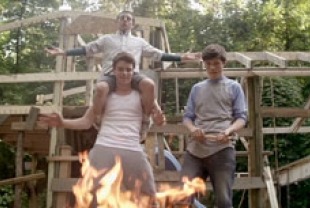 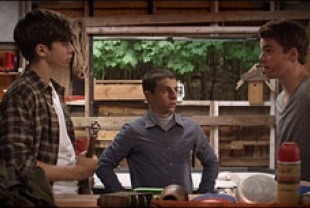 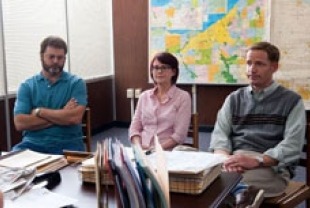 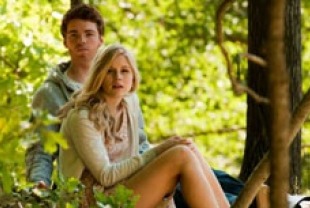 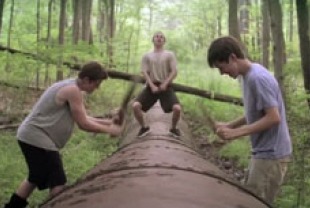