Directed by Ziad Doueiri
An engrossing and rounded look at the religious, political, and cultural factors behind Arab-Israeli enmity in the Middle East.

Dr. Amin Jafaari (Ali Suliman) is an Israeli Arab who works in a hospital in Tel Aviv. He has a beautiful and loving Palestinian wife and many Jewish friends. In the opening scene of the film, he is honored as the first Arab to ever receive a prestigious Israeli medical prize. But his wife Siham (Reymonde Amsellem) is not present — she is supposed to be out of town visiting relatives.

The next day there is an suicide bombing in a restaurant. Amin and the other doctors at the hospital spring into action to try to save the victims. Many of the 17 dead and others injured are children at a birthday party. One of the victims, a Jewish man, refuses to have Amin treat him, spitting in his face.

At three in the morning, the doctor is called to the hospital where he is told by a tough Israeli intelligence officer (Uri Gavriel) that the suicide bomber has been identified as his wife. Amin collapses from shock after seeing Siham's body in the morgue. He is imprisoned and interrogated until it is clear that he had nothing to do with the bombing. At first, Amin refuses to believe that Siham had anything to do with this abominable event given the fact that she was a secular Christian Arab; although he is a Muslim, he does not practice his religion. On a personal level, he is rocked by the thought that his wife could have had a secret life apart from him. She seemed so happy.

As the newspapers report on Siham's treachery as a suicide bomber, Amin is given shelter at the home of Kim Yehuda (Evgenia Dodina), a Jewish colleague at the hospital. One day, he receives a letter from Siham which convinces him that she was the suicide bomber. He refuses to tell his best friend Raveed (Dvir Benedek), a senior police official, about the missive and heads off to Nablus in Palestine to retrace his wife's steps. He wants to meet the person responsible for convincing her to sacrifice her life for the Palestinian cause.

Amin's spiritual journey opens his heart as he learns about the harsh living conditions of his Palestinian relatives and confronts the anger of a charismatic Muslim sheik and a crusading Christian cleric. The latter tells him: "We're not Islamists and we're not fundamentalists, either. We are only the children of a ravaged, despised people, fighting with whatever means we can to recover our homeland and our dignity." The scary part is that radicalization can happen to anyone. Raveed puts it this way. "It can fall on you like a tile or grow in you like a worm. Then you don't see the world in the same way. You're just waiting for the moment to cross the threshold."

Amin draws closer to the memory of his wife when he discovers that she is considered a hero and a martyr in Palestine; her picture is everywhere. In contrast, he is considered to be a Westernized Arab who is morally weak and without a proper passion for justice. Visiting the ravaged "Ground Zero" of Jenin, a Palestinian refugee camp that was subject to an Israeli assault during which many homes were destroyed, he intuits its impact on the radicalization of his wife. By the end of his journey, Amin realizes his own complicity in what happened; he drove his wife away by being too busy at the hospital to be truly present to her when she needed him most.

The Attack is one of the Most Spiritually Literate Films of 2013. Better than any recent films, it illuminates the religious, political, and cultural clashes that underlie Arab-Israeli enmities in the Middle East. Lebanese-born Ziad Doueiri (Lila Says, West of Beirut) directs this engrossing drama based on the best-selling novel by Yasmina Khadra which gives voice to a variety of perspectives in this volatile region. We find ourselves empathizing with Amin who, like more than a million Arabs with full Israeli citizenship, lives in a twilight zone, considered an outsider in both worlds. As a surgeon, he has chosen not to side with either the Palestinians or the Israelis, seeing his main responsibility as saving the lives of his patients, But neutrality, we realize from his story, is a very hard position to hold. 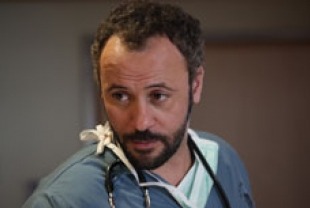 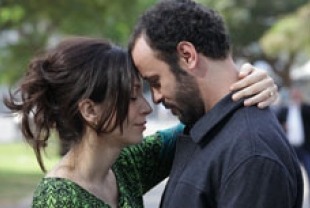 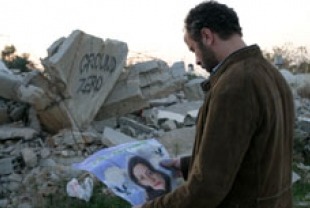