Shun Li and the Poet

Directed by Andrea Segre
Touching story about the tender friendship between a 60-year-old Yugoslav fisherman and an unmarried Chinese woman working in a local bar.

Shun Li (Tao Zhao) is a divorced Chinese woman working in a textile shop in Rome. Her one desire is to bring her eight-year-old son to Italy to be with her. To do so she must pay back her broker for her passage to Italy and then add on the money it costs to bring her boy. Her employers decide that she is needed in Chioggia, an island fishing village, to serve as a bartender at a pub frequented by a small band of elderly fishermen.

Bepi (Rade Sherbedgia) is from Yugoslavia and even though he has lived and worked in the village for 30 years, he feels like an outsider. He is in his 60's and now lives alone since his wife died a year ago. Bepi's nickname is "poet," given his penchant for creating whimsical verses for his buddies. He is intrigued to hear that Shun Li has great respect for China's greatest poet, Qu Yuan, whose birthday is observed every year by placing floating candles in the water. They both love the water and ease into a shy friendship when she shows him a picture of her grandfather who is a fisherman and Bepi gives her a poem he wrote especially for her.

Shun Li and the Poet is beautifully directed by Andrea Segre who makes the most of watery images in visual poems which serve as transitions from one scene to another. Shun Li also is befriended by Lian (Wang Yuan), a quiet Chinese woman who goes off on her own to do tai chi by the water. But it is the relationship between Bepi and Shun Li that raises the ire of her Chinese employers and draws out the xenophobic hatred of the Chinese by some of the Italian men who frequent the pub.

Hostility instead of the hospitality offered by Bepi is on the rise all over the world as immigrants are treated poorly and bigotry wins one battle after another. Our hope is that one day soon more communities will honor the inner poetry of all human beings and see them as brothers and sisters. 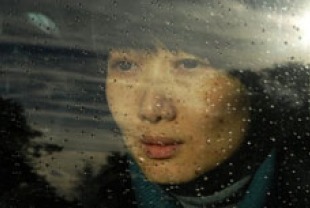 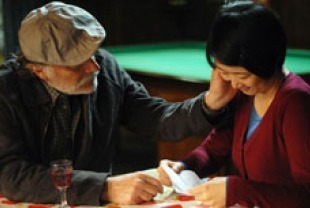 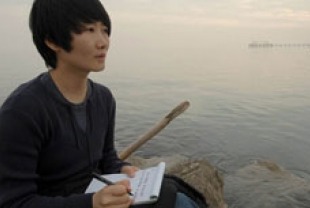 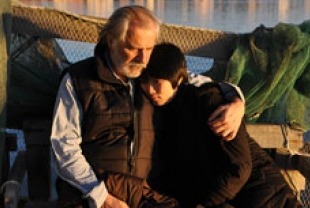