Directed by Mark Elliot
An introduction to the Seventeenth Karmapa, the 23-year-old leader of the oldest reincarnation lineage in Tibetan Buddhism on a tour of America.

In this documentary, director Mark Elliott presents the first visit to the United States of the 23-year- old Ogyen Trinley Dorje, the 17th Gyalwa Karmapa, the leader of Tibetan Buddhism's oldest reincarnation lineage. He was born in rural Tibet to very devout parents at a location predicted by his predecessor. After being identified and given some training in the tradition, he escaped from Chinese-occupied Tibet at the age 14 to seek further education in Dharamsala, India, near His Holiness the Dalai Lama, who is his mentor.

It is a jam-packed U.S. tour schedule for The Karmapa who still must rely upon a translator; his goal is to make the ideals and practices of Tibetan Buddhism applicable to the modern world. He begins with teachings in New York City and ends his tour in Seattle. Large audiences show up to take a look at this serious young spiritual leader who is a Bodhisattva, carrying out the activity of a Buddha. At a monastery in Woodstock founded by the 16th Karmapa, he cleverly makes a reference to how happy he is to be there once again.

In his talks, Ogyen Trinley Dorj doesn't shy away from difficult subjects such as the source of happiness, nondualism, and the need to mend the environment. This earnest documentary also reveals the human side of this spiritual leader as he tries to cope with the adulation he receives all across the country. By the end of the whirlwind tour, he confesses that has become a "smiler" thanks to the joy emanating from the hearts and faces of those attending his talks. He concludes: "I have to stretch out my arms even further than they have stretched before."

Bodhisattva: The Journey of the Seventeenth Karmapa is a continuation of director Mark Elliott's spiritual classic The Lion's Roar which focused on the 16th Karmapa. This DVD also contains a bonus sequence in which the Karmapa performs the sacred Go Ma Dance in Bodh Gaya, India. This ritual is designed to quell negative forces and eliminate misconceptions that cause suffering. 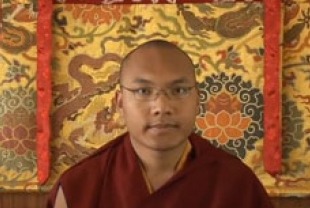 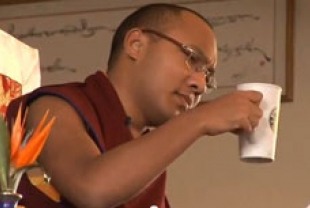 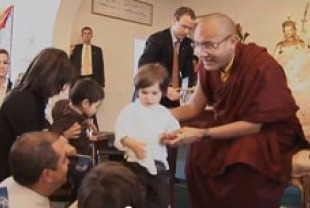 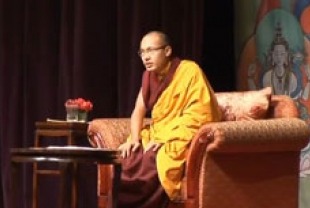