Directed by Jill Soloway
An unhappy suburban wife and mother seeks to move her life into turn-around through sexual pleasure.

Rachel (Kathryn Hahn) is married to Jeff (Josh Radnor) and has a cute young son (Sawyer Ever). Due to her husband's success as an apps developer, they live in a splendid home in the affluent Silver Lake community of Los Angeles. Rachel is unemployed having majored in journalism and worked in an unfulfilling public relations job. In her spare time, she helps out at the Jewish Community Center even though she feels out of sync with the women there who participate in various projects and benefits.

Part of Rachel's problem is that she feels guilty for not being happy given her wealth and security: "How can I complain? Women in Darfur walk 14 miles to get water and are raped on the way." She regularly sees Dr. Lenore (Jane Lynch), a therapist who can't resist giving her tips from her successful lesbian relationship. Rachel's other problem is lack of sex with her husband who always seems to find an excuse not to make love with her. She sometimes wonders whether he likes playing cards and talking sports with his male buddies more than he likes being with her.

In order to spice up their sex life, Rachel convinces Jeff to go with another couple to a strip club. There she accepts a lap dance from McKenna (Juno Temple), a 19-year-old who awakens her dormant libido and compels her to seek out this stripper in order to know her better. When McKenna is kicked out of her apartment, Rachel impulsively invites her to stay at her home in a spare room.

It's fascinating to watch the relationship between these two very different women awkwardly unfold. Rachel clearly wants to rescue McKenna from her dangerous and unpredictable life. In one of the most erotic scenes, McKenna tenderly messages Rachel's feet with lotion and then tries to loosen up her hips. After relaxing for a while, Rachel tenses up and jerks herself out of the bed and the close contact with McKenna's touch. In an even more telling event, Rachel accompanies this self-described "full-service sex worker" on a date with one of her regular johns. Instead of being turned on, the suburban housewife is turned off by the proceedings.

Special features on the Blu-Ray/DVD include an audio commentary with director Jull Soloway and Kathryn Hahn; deleted scenes; behind-the-scenes featurettes; and the theatrical trailer. 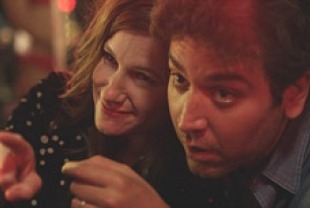 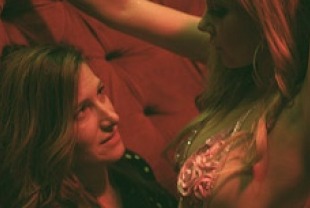 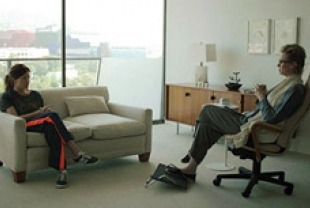 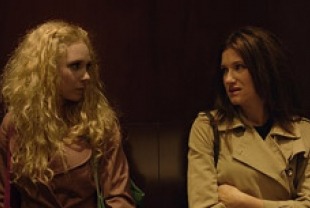