Directed by Andrew Dosunmu
A glimpse of a Nigerian couple living in Brooklyn who are trying to get pregnant.

Sobonufu Some has written about the important role of children in the lives of adults in African communities. They are "the life-givers, the healers, the messengers of the ancestors." In Mother of George, an unusual immigrant drama directed by Nigerian-born Andrew Dosunmu, we are taken to a wedding ceremony in Brooklyn's Yoruba community. Adenike (Danai Jekesai Gurira) has been brought to this country from Nigeria by hard-working Ayodele (Isaach De Bankole) who runs a restaurant. The participants in this ceremony wear colorful garb and pay serious attention to the rituals.

Adenike is told that she will have two children and then twins. Her life will be totally devoted to the task of providing male progeny. At the end of the evening Ayodele's pushy mother (Bukky Ajayi) formally names her unborn grandson George. It suddenly becomes clear that the pressure is on the bride even before she has made love with her husband.

Adenike tries everything to get pregnant but nothing works. She goes to see a doctor who suggests that she and Ayodele get tested to see who is causing the infertility. He refuses and is very upset that she has gone ahead on her own to deal with their problem. Adenike is shocked when her mother-in-law suggests that she should have intercourse with Ayodele's brother (Anthony Okungbowa) in secret. Her view is that "a baby belongs to all of us," which is a traditional African point of view.

Mother of George offers a rare glimpse into this African community in Brooklyn whose lives are caught up in a clash between Yoruba traditions and contemporary values. Adenike's sexy sister-in-law Sade (Yaya Alafia) tries to pull her into the modern world but all her actions and choices are made in order to please her husband. In this story, the birth of a child is given so high a place in marriage that there is no room for the love of husband and wife to grow and flourish. For Adenike, the result is living in an unrelenting nightmare.

Special features on the DVD include a feature length audio commentary with director Andrew Dosunmu, editor Oriana Soddu, and costumre designer Mobolaji Dawodu; "A Human Story" - a short program featuring interviews with Danai Gurira and screenwriter/producer Darci Picoult and behind the scenes footage. 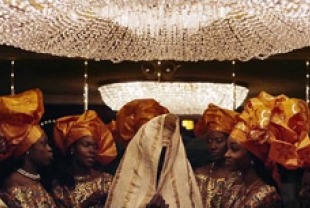 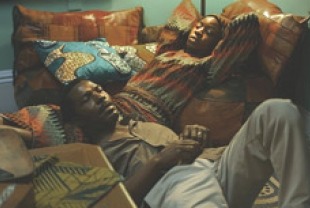 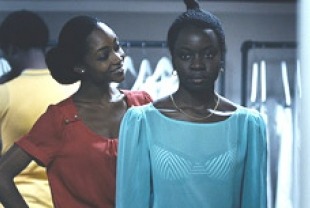 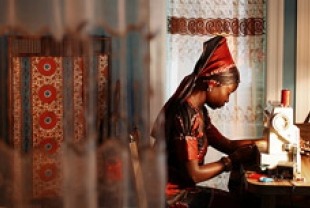