Directed by Stuart Blumberg
Four sex addicts in recovery supporting each other, sharing the pain, taking it one day at a time, and seeing change as a process, not an event.

• 12-Step Slogan — None of us came here on a winning streak.

Thanks for Sharing presents a rewarding glimpse into the lives of three men and one woman who are recovering sex addicts in a 12-Step program in New York City. Adam (Mark Ruffalo) is an environmental consultant who is celebrating five years in recovery. His recovery is the most important thing in his life. He follows a repetitive regimen every day (no television, no Internet, no masturbation, no subways) to ward off past patterns of sexual obsession. Apprehensive of the complications which might arise in a romantic relationship, he has postponed finding a suitable woman to date. But when he meets Phoebe (Gwyneth Paltrow), a cancer survivor and fitness buff, he decides to try again.

Adam's turnaround pleases his sponsor Mike (Tim Robbins) who is the most respected and beloved leader in the sexual addiction group. Unknown to others in his meetings, he has a son, Danny (Patrick Fugit), who has returned home after years on the road. He has conquered his drug addiction cold-turkey but his father, long committed to the 12-step way of group meetings and sponsors, does not believe in "white-knuckling" recovery. Mike's wife (Joely Richardson) is caught in the crossfire between her self-righteous husband and her stubborn son.

Then there's Neil (Josh Gad), a young ER doctor who doing court-ordered Sex Addicts Anonymous time for nonconsensual frottage. He's trying to convince himself and the group that he's ready to change.

Dede (Pink - Alecia Moore) joins the group and wants to learn how to cope with her need to only relate to men through sex. Neil has a hard time surrendering to his "Higher Power" as God, but he can relate to Dede's understanding that attending meetings and being of service to others is also turning over her life to something greater than herself. Together, they begin to work on their problems as platonic friends.

• 12-Step Slogan: My disease is doing pushups, getting stronger — just waiting for me to slip.

Each of the characters receives great support from the recovery program yet the old habits and behaviors are so strong that they can drag down even the most disciplined person with strong intentions. The film doesn't ignore this reality, making it an ever better testimony to the value of 12-step work.

In his debut as director Stuart Blumberg has managed to make a wonderfully human dramady out of the difficult subject of sex addiction. He previously won accolades for his screenplay for the 2010 hit The Kids Are All Right which dealt with the challenges and rewards of same sex parenting. In the touching screenplay for Thanks for Sharing, Blumberg and Matt Winston make the most out of the vulnerability and mistakes of Adam, Mike, Neil, and Dede as they struggle with their addictions and seek deeper connections with each other.

We left the theatre confident that these friends will continue to connect, support each other, share their pain, take one day at a time, letting go and let God, practicing the attitude of gratitude, and understanding change as a process, not an event.

Special features on the DVD include deleted/extended scenes; "One step at a time: making Thanks for Sharing" featurette; a gag reel; and commentary with writer/director Stuart Blumberg and writer Matt Winston. 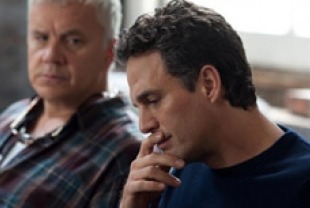 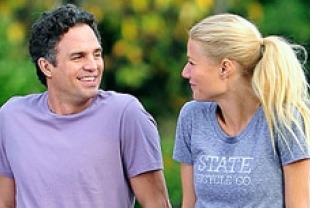 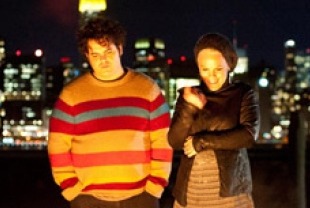 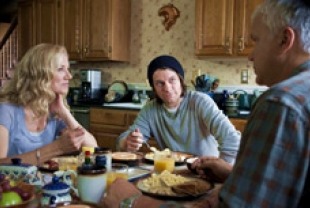 Recovery — The Sacred Art: The Twelve Steps as Spiritual Practice by Rami Shapiro

The 12-Step Buddhist: Enhance Recovery from Any Addiction by Darren Littlejohn