Directed by Roger Michell
A witty, insightful drama about the challenges of a long-lived marriage, including old resentments, wounds, secrets, and sexual problems.

Nick (Jim Broadbent) and Meg Burrows (Lindsay Duncan) have been married for 30 years and to celebrate they have returned to Paris to the site of their honeymoon. Only trouble is, the hotel has seen its better days. Meg orders her husband to give her the money they saved for the trip and she uses it to pay for a sight-seeing excursion through the city they fondly remember. She then checks them into a fancy hotel with a view of the Eiffel Tower from their high terrace.

Nick, who has taught philosophy for years, is not really into celebrating. He mostly sees the trip as a chance to choose the tiles for the bathroom at home. When their son calls him and begs to let him and his wife and child move in again with them, Meg vetoes the idea. She is seething with an explosive mix of emotions about their lives — anger, disappointment, sexual dissatisfaction, and boredom. Although Nick claims to love her madly, she rejects his touch with the withering words, "It's not love — it's like being arrested." Nick has some zingers of his own in reference to her emotional coldness: "This last five or ten years, your vagina has become something of a closed book." No wonder they seek some relief by visiting the graves of Samuel Beckett, Jean-Paul Sartre, and others.

What is going on with these two? Nick has a secret that explains why he is so worried about money. Meg's bombshell is that she's tired of her teaching job and longs for a new life where she might dance the tango, play the piano, or learn Italian. She admits that to break on through to the other side might mean leaving Nick but she doesn't want another man — "it's me I want more of."

Before they each have a chance to process this heavy duty input, they head off to a party hosted by Morgan (Jeff Goldblum), a Cambridge buddy of Nick's they encountered on the streets. He has invited a group of friends to celebrate the publication of his latest collection of essays. Still wincing from Meg's confession, Nick retreats to a dialogue with Morgan's stoner son (Olly Alexander) where he laments his losses while Meg flirts with a handsome guest on the balcony.

In a climactic dinner scene, Morgan surprises Nick with a tribute to him as a mentor and an inspirational figure who made it possible to achieve wealth and success as a writer. Nick responds by pointing out the manifold failures of his own life and career, concluding, "I'm amazed at how mediocre I've turned out to be."

Le Week-End is the fourth feature collaboration between director Roger Michell (Notting Hill, Venus) and screenplay writer Hanif Kureishi, and it is a very witty and insightful drama about the challenges of a long-lived marriage. Husbands and wives may not verbally assault each other the way Meg and Nick do but there are plenty of other ways we can identify with these characters as they deal with old tapes, high expectations, disappointments, power plays, bad habits, the same old recriminations, and sexual problems. Jim Broadbent and Lindsey Duncan persuasively convey the vulnerability of these two sixty-somethings as they huff and puff their way up endless stairs to tourist sites and when they hold their breath when under attack from the other.

In Going the Distance, Lonnie Barbach and David Geisinger quote a man they interviewed: "A good relationship is a lot like two rocks with rough edges that are put in a bag together. Over time as they come into repeated contact, bumping into one another, chips are knocked off each of them, rough edges are smoothed out. Eventually, you get two pretty smooth stones with polished surfaces, but it does take a while." Meg and Nick need time to do much more inner work on their marriage. They have lots of rough and jagged edges to smooth down. 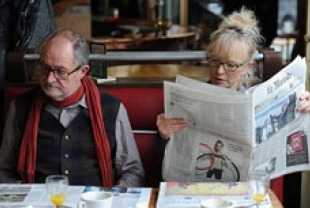 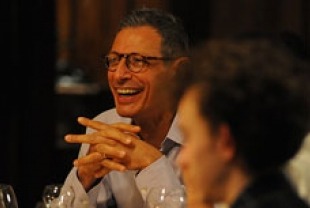 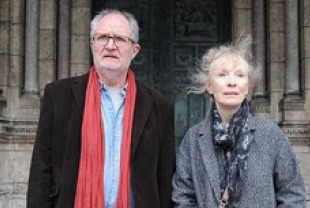