Directed by Stacie Passon
The quest for sexual fulfillment of a lesbian housewife.

Lisa Cholodenko's engaging film The Kids Are All Right revealed that lesbian couples go through some of the same dry spells and challenges as straight couples do. In Concussion Abbey (Robin Weigert) and Kate (Julie Fain Lawrence) are middle-aged parents to two children. They live in a New Jersey suburb. Kate is a divorce lawyer and Abbey, an unhappy stay-at-home mom. After getting hit in the head by a ball thrown by her son, Abbey decides to make a break from her boring life.

She buys a loft with Justin (Jonathan Tchaikovsky), a friend who agrees to do the renovation. Upset by her sexless relationship with Kate, she sees a prostitute and then another. The second one says she is putting herself through college earning $800 for each client and there is a market for middle-aged women as prostitutes. When it turns out that Justin's new girlfriend (Emily Kinney) has a stable of call girls, Abbey agrees to sign up as long as she gets to meet the clients before they have sex.

Everything seems to be going her way as she pleases a young woman's studies student who has never been kissed or had sex, a divorcee, and a woman who gets her kicks dominating Abbey. Since she uses the loft for these adventures in the flesh, Kate accepts her long absences. Everything hums along until one of her clients turns out to be a sexy wife and mother (Maggie Siff) from Abbey's neighborhood.

Concussion is writer and director Stacie Passon's debut film and it offers a riveting portrait of a middle-aged woman who is unhappy in her skin. She finds a way to escape suburbia and to satisfy her voracious sexual needs. Robin Weigert puts in a fine performance as this lesbian housewife who doesn't really know what she wants. Sex for both straights and gays cannot provide the key to a rich and fulfilling life. But for many, like Abbey, it does provide a telling and illuminating transition into new possibilities. 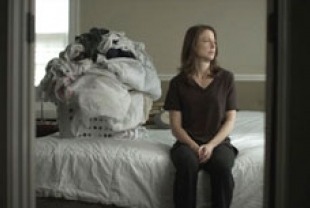 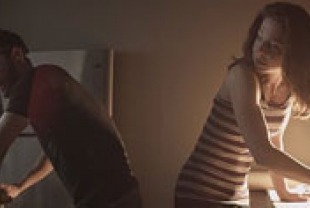 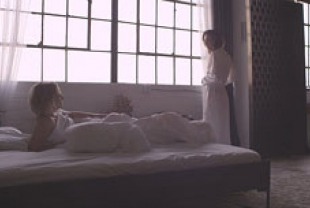 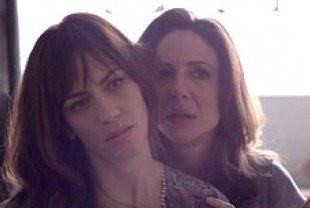