Directed by Gabriela Cowperthwaite
A blistering critique of the exploitation of performing orcas in marine parks.

"Blackfish" is the word used by First peoples to describe orcas. They talk about their great spiritual powers. "Killer Whales" is the term used to describe the orcas who perform in SeaWorld Entertainment shows. To gather information about Tilikum, a 12,000-pound bull orca implicated in the death of three people, Gabriela Cowperthwaite, the director of this shocking documentary, tried unsuccessfully to talk with representatives of the marine park giant.

Instead, we hear the accounts of trainers and whale experts who reflect on the grace and beauty of these magnificent whales, their highly elevated emotional lives, their difficulty in relating to others not from their culture or nation, and the whale-on-whale aggressiveness that comes from being confined in such small areas.

In several emotionally gripping scenes in the documentary, we sense the extreme cruelty of separating whale calves from their mothers and listening to the howls of the mothers' grief. While SeaWorld trainers were told to tell audiences that whales benefit from captivity, the truth is shown in footage of bleeding whales raked by the teeth of fellow captives. And instead of experiencing the freedom of swimming hundreds of miles in the wild, imagine being confined nearly two-thirds of your life in dark concrete pens for overnight safety.

The trainers who worked closely with Tilikum feel sorry for this orca who has been painted as a treacherous killer after his role in the mutilation and death of Dawn Brancheau, a senior trainer at the park in Orlando, Florida. But the most devastating point of Blackfish is the exploitation for profit of these animal companions who deserve to live free in their natural habitats where they can stay close to their families, swim long distances, breed according to their own timetables, and fulfill their own natural playful selves. To put it simply, Tilikum deserves a better life than the one that has been forced upon him. As a unique and extraordinary creature of God, he deserves the reverence given to him by the First peoples.

Special features on the DVD include a note from director Gabriela Cowperthwaite; Kanduke; "Detah by Mosquito" in Marine Parks; Ocra Teeth Show the Stress of Orcas in Captivity; recollections of a former SeaWorld trainer; the truth about wild whales; alternatives to captivity; and director and producer commentary. 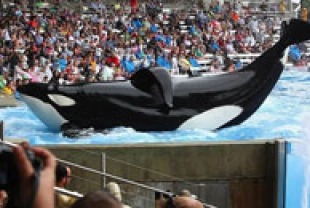 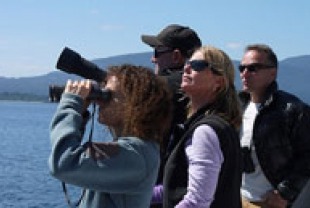 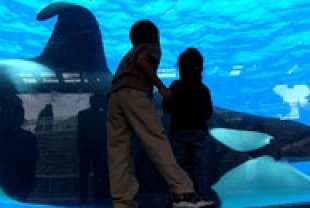 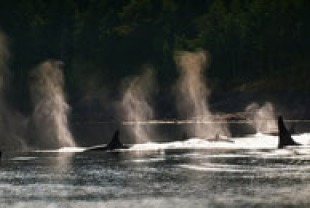