Directed by Justin Chadwick
An inspiring biodrama about the art of leadership pioneered by Nelson Mandela based on love and forgiveness.

Nelson Mandela stands out among world leaders for boldly talking about and then putting into practice love and forgiveness. As the first South African president to take office after a fully democratic election, he played a central role in ending apartheid in his homeland and then helped to heal the wounds of his people through programs of reconciliation. Mandela: Long Walk to Freedom is based on his 1994 memoir and has been brought to the screen by director Justin Chadwick (The First Grader) and screenplay writer William Nicholson (Shadowlands).

Mandela was born in an Xhosa village and like other boys his age became a man through a ceremonial rite of passage. His humble mother is proud when her son becomes a Johannesburg lawyer in the early 1940s. He joins the African National Congress which is protesting the racial policies of the white South African government.

The members of the ANC are branded as communists and charged with treason, and Mandela (Idris Elba) is arrested. While out on bail, he meets and falls in love with Winnie (Naomie Harris), a social worker. His first marriage ended with his wife leaving him. He marries again, hoping to spend more time with his loved ones.

In 1960, the world is shocked when South African police fire into a crowd who are protesting the pass laws in Sharpville. Sixty-nine unarmed Africans are killed and 180 people are injured. After Mandela and his colleagues are found not guilty in their treason trial, he changes his tactics and forms a guerilla group which engages in acts of sabotage against government installations. On the run, Mandela sees little of Winnie and their two daughters. He is captured and put in prison with a handful of colleagues.

At his trial in 1964 and expecting a sentence of death, Mandela gives the following speech:

"During my lifetime I have dedicated myself to this struggle of the African people. I have fought against white domination, and I have fought against black domination. I have cherished the ideal of a democratic and free society in which all persons live together in harmony and with equal opportunities. It is an ideal which I hope to live for and to achieve. But if needs be, it is an ideal for which I am prepared to die."

Mandela and his colleagues are sentenced to life imprisonment.

Most of the second part of this biodrama focuses on this African freedom fighter's 27 years in the Robbin Island prison off the Cape Town coast. Idris Elba delivers a flawless performance as the lawyer and ladies' man whose commitments and love of life deepen during his long and arduous imprisonment. He grounds and centers himself in the face of little contact with Winnie and the deaths of his mother and his son from his first marriage. Mandela finds a small taste of freedom working with a garden during his time in prison.

His wife and partner in the struggle against apartheid becomes a forceful spokesperson in her own right. Harassed by the police, forbidden to travel, at one point Winnie is arrested and kept in solitary confinement for 17 months. Eventually, Mandela and Winnie go their separate ways: she as a militant with no interest in the reconciliation of the races and he as an ardent believer in the politics of peace.

More than the many other films dealing with Mandela's life and work, this one illuminates the spiritual nature of his leadership abilities and gives us hope that others will follow in his path.

Special features on the Blu-Ray/DVD include Mandela: The Leader You Know, The Man You Didn't; feature commentary with director Justin Chadwick; behind-the-scenes featurettes; and a tribute video gallery. 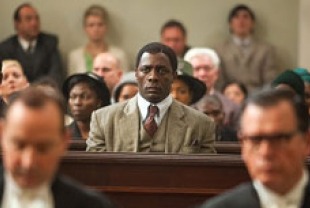 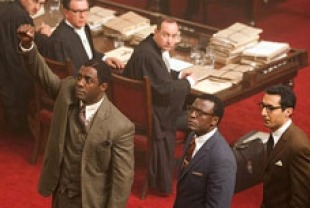 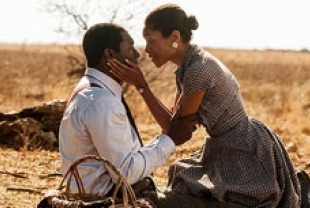 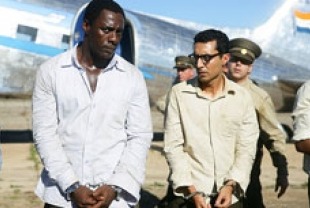 Mandela: Son of Africa, Father of a Nation