Is the Man Who Is Tall Happy? An Animated Conversation with Noam Chomsky

Directed by Michel Gondry
Oh my, look at the density and stretch of this MIT linguist!

Noam Chomsky is the famed MIT linguist, one of the most prolific philosophers around, and a radical celebrity at the age of 84. Ever since filmmaker Michel Gondry (Human Nature, Eternal Sunshine of the Spotless Mind) saw the 1992 film about Chomsky titled Manufacturing Consent, he has wanted to make a film about him. Knowing that this scholar might lose viewers thanks to the density and stretch of his ideas, the director and interviewer uses sketches and playful animations to illustrate the conversations.

Is the Man Who Is Tall Happy? is a tribute to the sturdy intellect of Noam Chomsky, a polymath who is able to talk about almost any subject under the sun. Gondry draws him out on nature versus nurture, language development, the futility of competition, Enlightenment science, the purpose of linguistics, and the legacy he hopes to pass on to future generations. Chomsky speaks calmly about his lack of belief in an afterlife and then goes on to affirm his understanding of others who seek one. 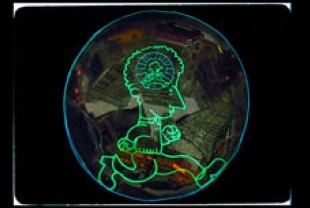 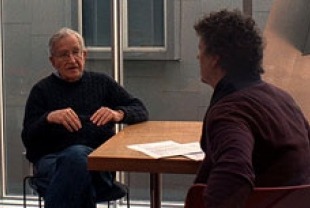 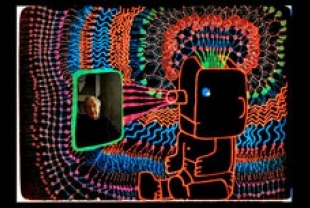